The first match was played on Mirage. The opponent started on the attack with a nice six-round streak. After that, HellRaisers bridged the gap a little, but took only four rounds until the end of the first half. The second half started with a loss in a pistol round. A win in a force buy round let HR win three more rounds. 16:7 in the rival's favor. 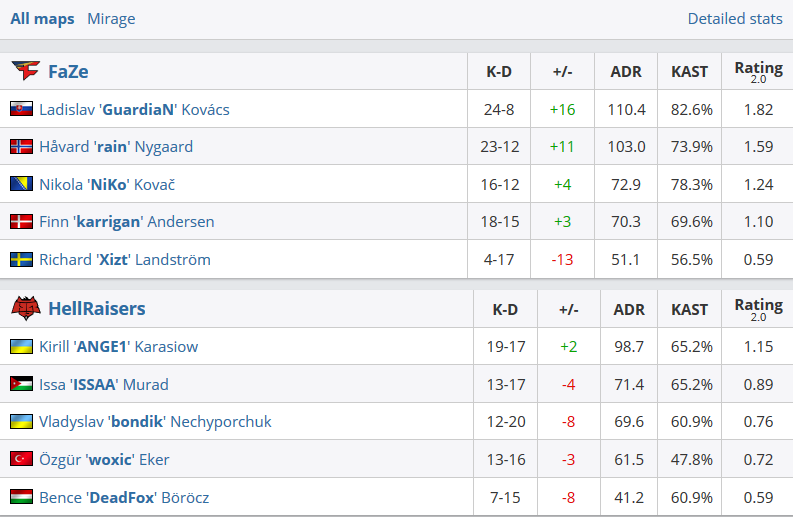 HR started the attack on the second map and got six rounds in the first half. After the side switching, HellRaisers tried to seize initiative, though in deciders, FaZe turned out to be stronger. 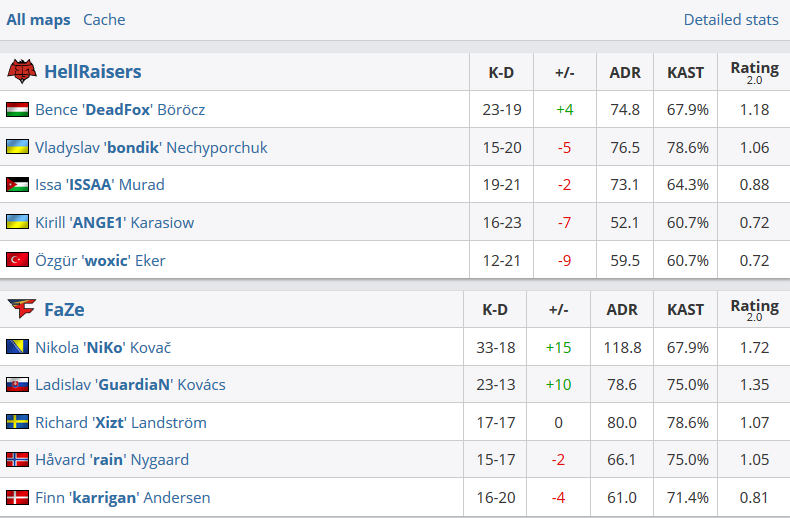