HellRaisers.CS:GO make it into the upper bracket final of Bets.net Masters: Season 1

The enemy today was team Fragsters. The match was played on two maps such as Train, Overpass and Inferno. HellRaisers showed a good defense on the 1st map, having won 10 rounds in the first half. They managed to keep the initiative after the side switching and rapidly closed the map. 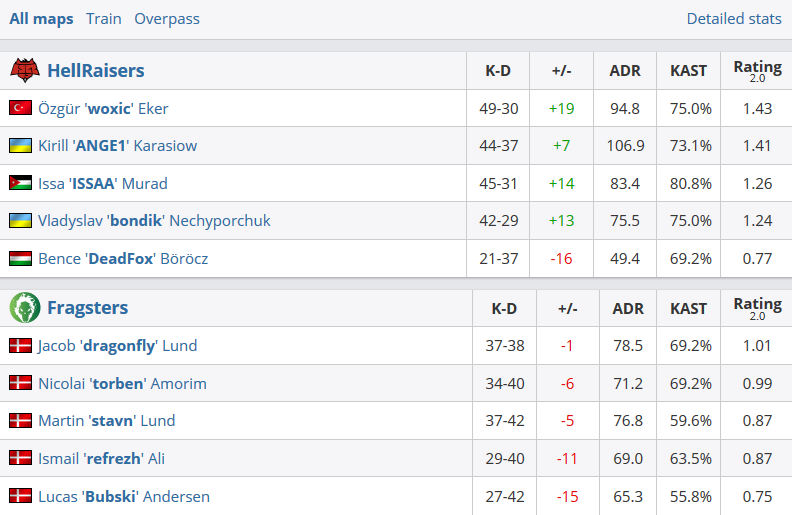