HellRaisers played mouz in the semi-final of V4 Future Sports Festival. The following maps were chosen after the draft: Mirage, Cobblestone and Inferno.

HellRaisers began the first map on the defense and had a good first half. The game was intense in the second half, and mouz barely managed to win their pick.

HR started the second map on the attacking side. After a tough beginning, they managed to seize the initiative and started taking rounds. Unfortunately, some mistakes cost us valuable rounds, and the side switching happened with a minimum advantage of HellRaisers. mouz showed a good attack and, having taken a match point on the 2nd try, won the second map. 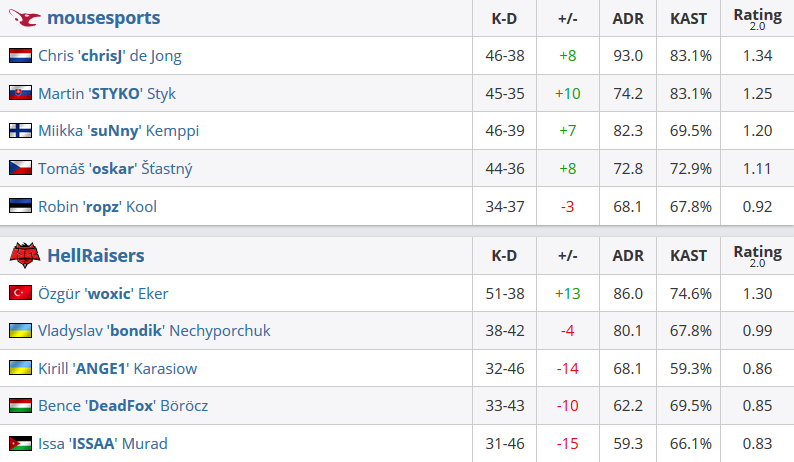