HellRasers.CS:GO & NiP end in a draw

HellRaisers played the first half on Inferno pretty badly. Playing as the defense, they managed to earn only two points. The side switching started with the Swedes taking a pistol round and then destroying all chances of our guys to comeback. 2:16. 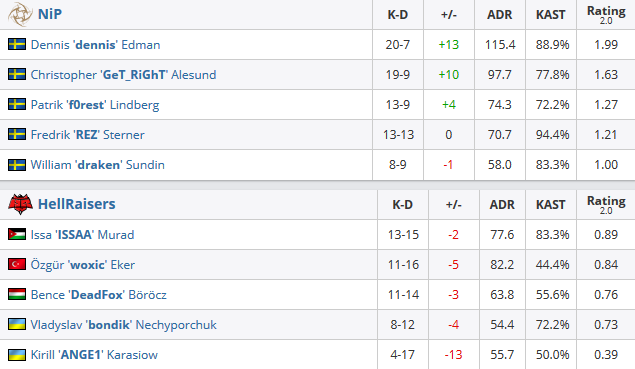 HellRaisers began as the attacking side on the second map. They got ten rounds in the first half, thus having secured a good foundation for the second half. After the side switching,  NiP tried to turn the tide, though their strength was enough for only four rounds. 16:9 in favor of HR. 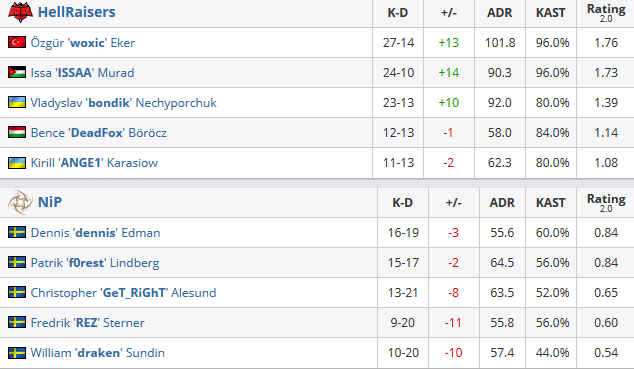