HellRaisers started the first map on defense where they took nine rounds. After the side switching, the enemy answered with the same. Eventually, overtime started where HR beat the enemy with a 4:1 score in the first set. 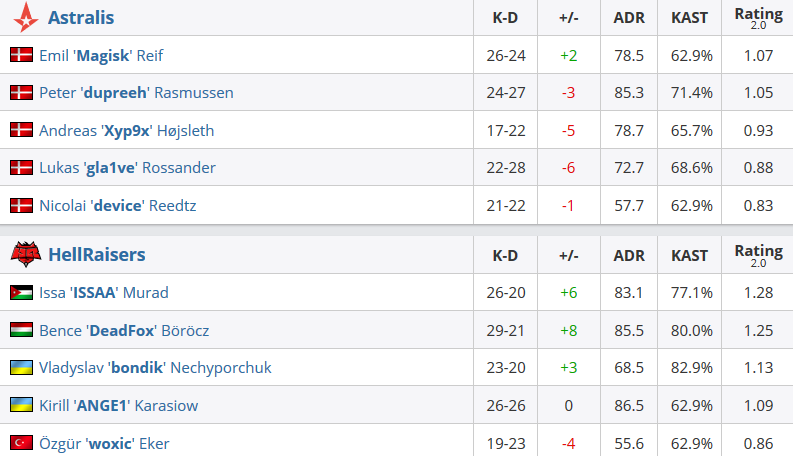 HellRaisers began the second map on the attacking side. The first half was tough: HellRaisers wouldn't take the necessary pace. They took only four rounds by the side switching, after which we won the pistol round, though still couldn't develop the success. Eventually, the Danish five closed the map. 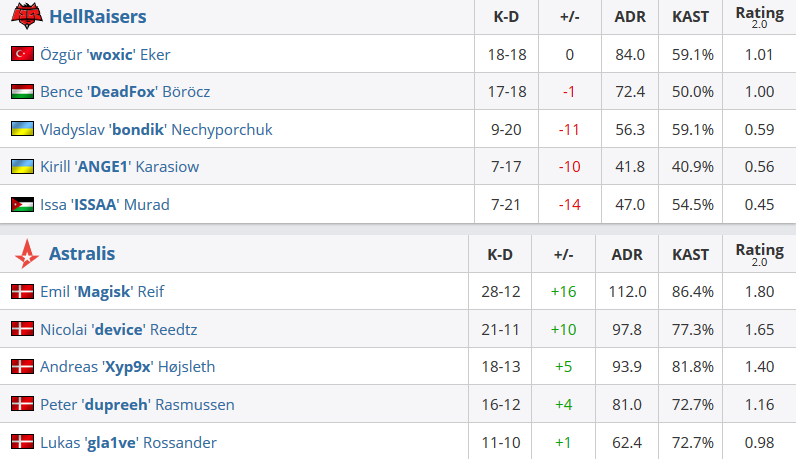