HellRaisers and Renegades met in a 2:2 bracket of StarLadder i-League StarSeries S4. HellRaisers had a tough beginning, only by the side switching did they manage to gain momentum and earned three-round advantage. Renegades turned the tide and won 16:13. HellRaisers failed the defense on the second map and won only four rounds in the first half. After the side switching, HellRaisers tried to comeback, though it didn't end successfully. 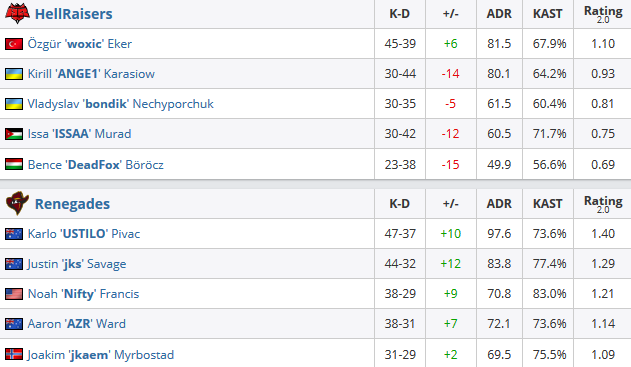