HellRaisers played the 4th round of the group stage against Gambit Esports. The teams were in a 1:2 bracket, and a loser would leave the tournament. The match featured a bo3 format and took place on Overpass, Inferno and Mirage.

Overpass was the enemy's choice, though HellRaisers performed much better there. Playing the T side, HellRaisers took 10 rounds in the first half. They managed to keep the initiative after the side switching too, the map thus ended with a 16:8 score. HellRaisers played their own pick worse, though. They made a few mistakes in the first half and got only six rounds. Gambit Esports redoubled their efforts and leveled the score in the series.

HellRaisers started the decider very well and won 10 rounds on the T side. Gambit Esports tried to resist after the side switching, but it ended up with a round trade. HellRaisers turned out to be stronger in that chaos and won the third map. 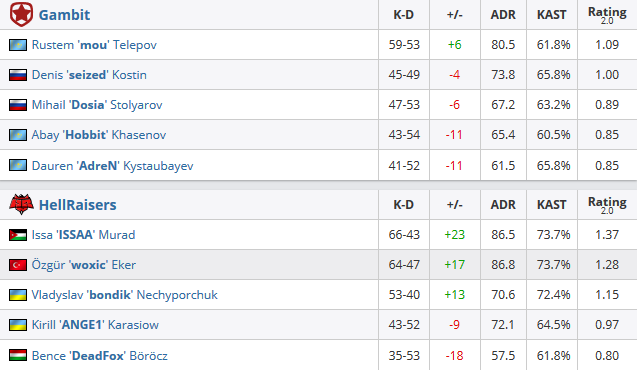