HellRaisers started Inferno on the defense. MVP PK seized the initial advantage, though lost it in the first buy round. The score was 9:6 in favor of HellRaisers at the side switching.
HR played the second half confidently and took the first map without difficulty. HellRaisers started Cache on the defense, as well, and took an 8-round streak right from the beginning. However, the Korean team soon won back and got six rounds by the side switching. MVP PK tried to resist in the second half, but they were enough for four rounds only. 2:0 in favor of HellRaisers. 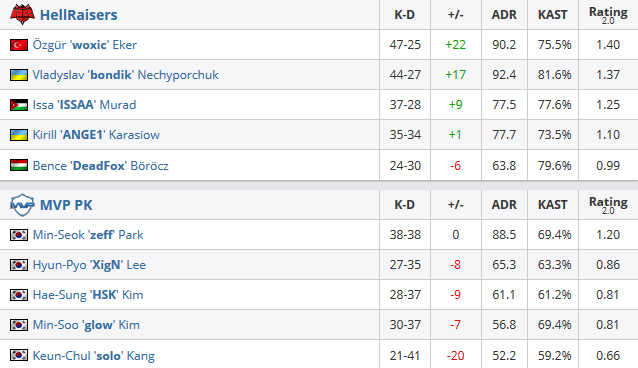