The first map started well for HellRaisers. They began earning advantage right away and kept it until the 20th minute, but after a failed fight the charts went to zero. HR then went on getting advantage, but couldn't make it into a victory — Kinguin managed to turn the tide and won.

The game was pretty long on the second map. By the 20th minute, the teams had been trading kills and keeping charts around zero. After a successful fight, HR started to rapidly gain advantage and push the opponent. Kinguin did well defending their base during a long period of time. Luckily, HellRaisers finished off the opponent and won.

The third map didn't follow HellRaisers' plan from the beginning: the opponent forced its pace right as the game started. The HellRaisers players wouldn't find place on the map. As a result, the advantage of Kinguin was too big and HR had no chance coming back. 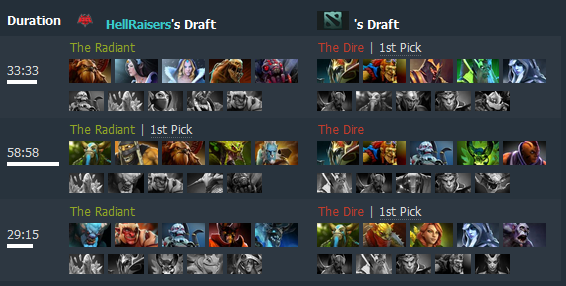