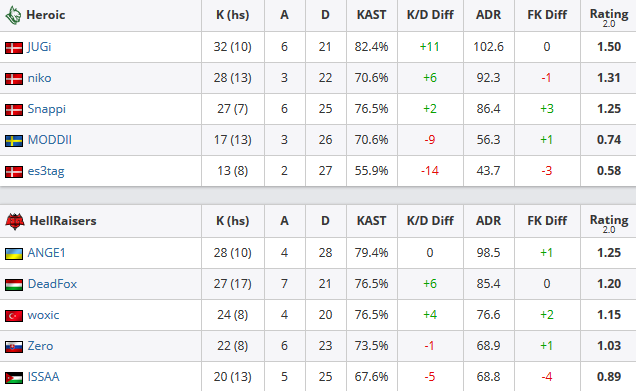 The 2nd map started with a CT side for our team, too. HR won 9 rounds in the first half, which was enough to play the second half confidently. Having switched to the attacking side, HellRaisers won the pistol round, but right in the first buy one lost the initiative to the Danes. Eventually, we saw the ovetimes again, where HellRaisers turned out to be stronger, again, 2:0. 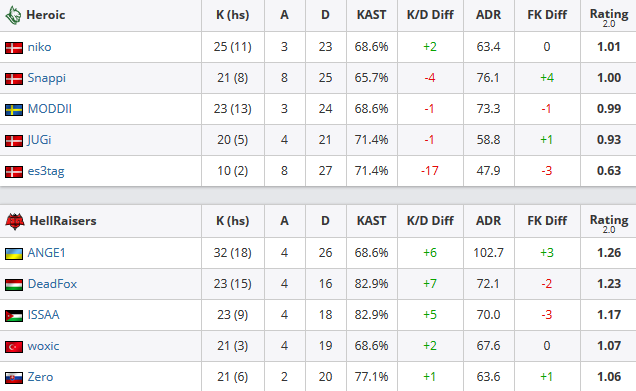