Our team started Cache as the T side. After losing the first pistol round, HR won it back in the buy round, and then got a few more rounds. The side switching took place at a 9:6 score in the rival's favor. The 2nd half started with our team winning the pistol round, although the opponent was stronger in the force buy. After a short fight in the second half, LDLC won the first map. 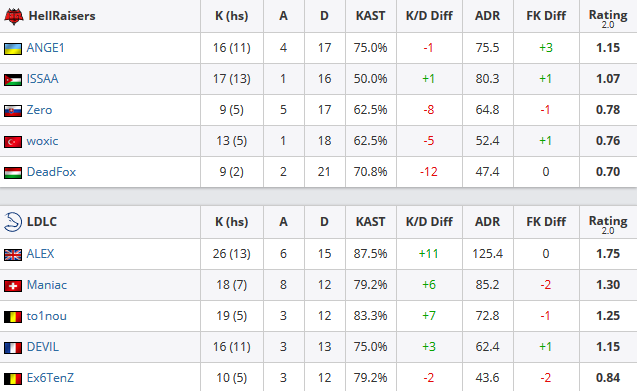 HellRaisers started the second map on the attacking side. They had a good first half, having managed to earn 10 points before the side switching. The second half was more intense. At first HR took the lead, but then the opponent bridged the gap. Luckily, HellRaisers were stronger in the final rounds and won the second map, having earned three points. 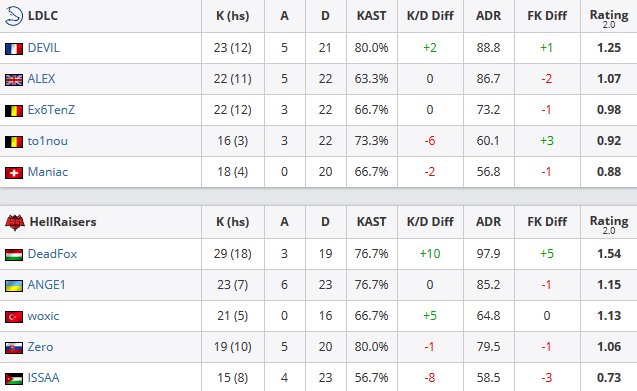