Our team started Overpass on the attacking side and had a good first half. Having taken the pistol round, the HR players seized the initiative in the game. They managed to get 11 points before the side switching. North got the first five rounds in the second half and closed the gap a little, but got a series of five rounds as a response right away, which put an end to this match. 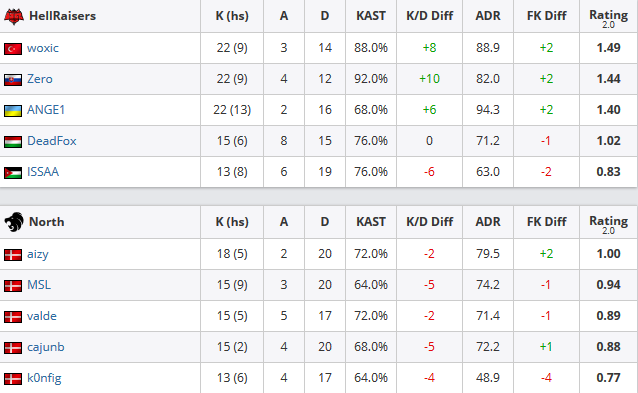 The second map was more intense. It started with a round exchange, following the results of which HellRaisers took the lead. North tried hard to catch up, and eventually the side switching took place at a 8:7 score in HR's favor. The second half started with a stupid loss in the pistol round, thanks to which North managed to speed up and reach a match-point with just one streak. HellRaisers managed to get only one rounds after that, and thus the game ended with a 9:16 score in the enemy's favor. 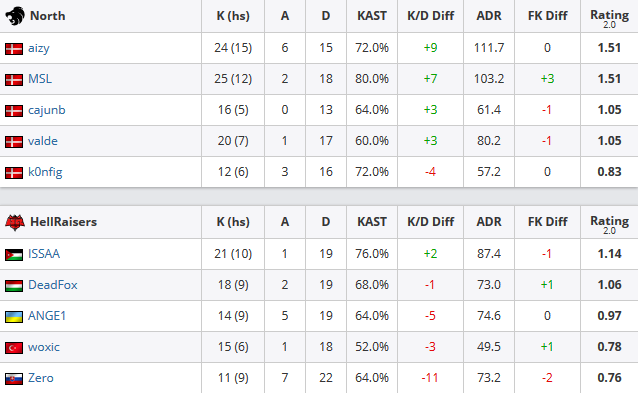