We published the changes in the tournament’s regulations before the beginning of EPL Season 6. The changes touched the points system, which affected the teams’ position in the standings.

In that light, the map draft has become a more important aspect, since a victory in regulation now brings more points. Today we’ll talk about how the teams choose maps in the main stage of ESL Pro League.

All the teams play two best-of-one matches against each other. The matches are usually played in one day. The maps are chosen from the pool of seven maps, while each team has two bans. It’s noteworthy that the banning doesn’t happen live: the teams prepare their list of maps by giving the maps a priority level of 1 to 7, which they send to the organizers. The latter in turn compare the lists and choose the maps. 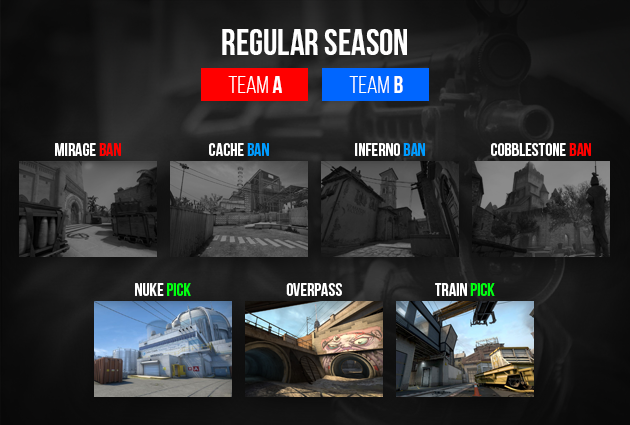 Team №1 bans first, then team №2 uses two bans at once, and team №1 closes the banning stage by their last ban. Two maps out of three remaining ones will be played. The drafting system in the best-of-one matches at the LAN finals is different: team №1 bans two maps, then team №2 rules out two more maps, and then both team №1 and team №2 ban one map and thus there’s one remaining. Both variants of the draft are schematically shown in the picture below. 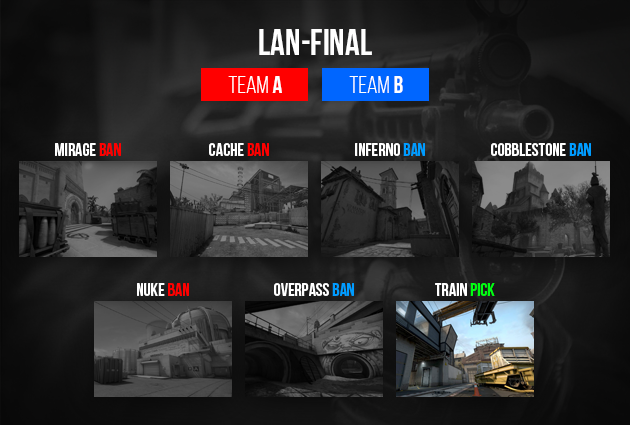 The map draft is an important part of the match, and many teams base their preparation on predictions for the draft’s results.

Every user is solely responsible for decisions related to betting. Keep in mind that you perform all gambling actions at your own risk. The article is sponsored content.