HellRaisers didn't face serious resistance in the first match, against Movistar Riderds. Our five started Train on the attacking side and took 13 rounds, which put the opponent in a very difficult situation, from which it couldn't get out. HR started on the defensive side on the second map, Mirage, and earned 10 points, thus having secured chances for a good second half. Luckily, the attack by HellRaisers didn't disappoint the fans and the 2nd map ended pretty fast. 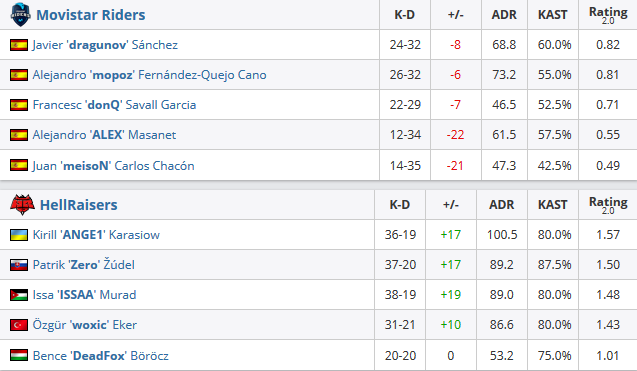 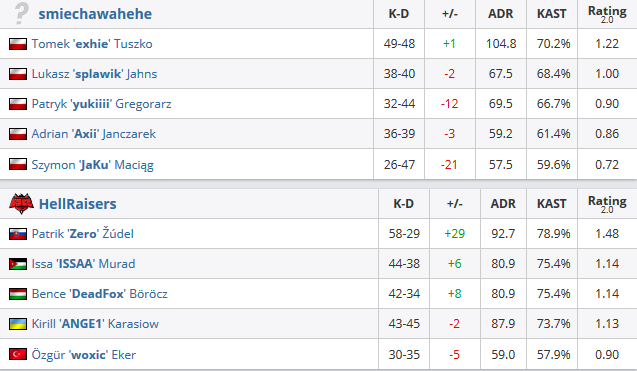 HellRaisers had to play all the three maps against Kinguin. The HR players lost their map pick, which was Cobblestone. After not the most successful defense, they didn't manage to cope with the opponent in the second half thus letting the latter earn the first point in this battle. However, HR turned out to be stronger on the opponent's pick, which was also the decider. The first half ended with a minimum difference between the teams, but HellRaisers showed a great game in the defensive side and tied the score. HR had a good first half on the decider where, in an equal fight, got a victory. 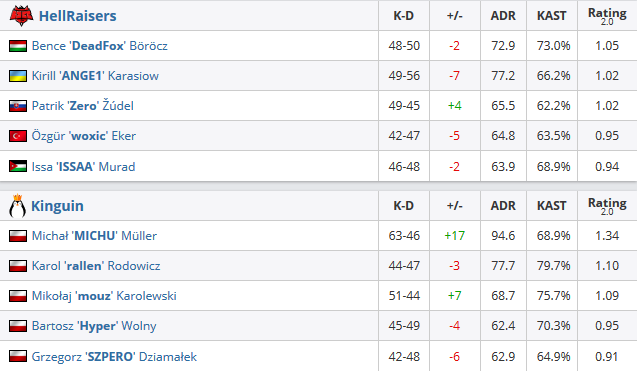 The match for reaching the LAN final started on the opponent's map. HR got a necessary minimum of five rounds on the defensive side. They couldn't turn the tide in the second half, though: a loss in the pistol round and in the first buy round put an end to a comeback. HellRaisers started the second map on the defensive side, but this time they took 6 rounds. They managed to bridge the gap in the second half, but the opponent was stronger in the final rounds. 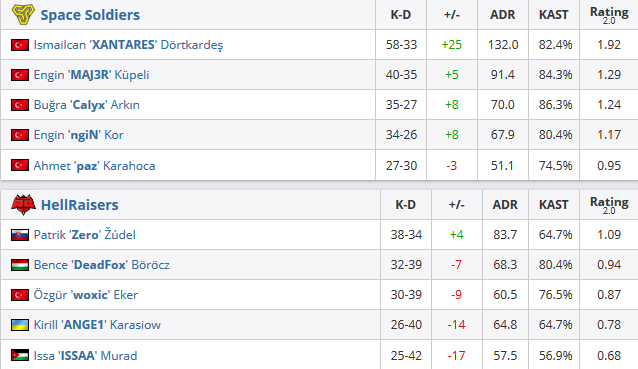