Road to the dream — to The International 2017

The players, entitled then as Planet Dog, started their road from the open European qualifiers for 1024 teams. At first the PD players managed to make it in the final without difficulties, but then lost to Loda and CWM's team called Cool Beans with a 0:2 score. The team had to start over.

It was time for the second European qualifier where Planet Dog made it in the final again. With no right for a mistake given, the team showed an excellent game and confidently outplayed Team Moriarty with a 2:0 score. 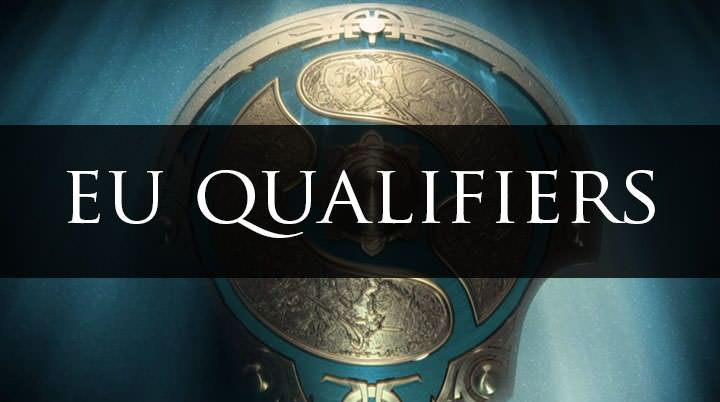 The most important moment had come, the decisive European qualifiers. The opponents were more than just serious and well-known: Crescendo with 13abyKnight, Excalibur, syndereN, EGM, Akke on the roster; Alliance, Team Secret led by Puppey; Greeks from mousesports, Danish Bears, Cool Beans and other teams.

Planet Dog had five best-of-one meetings in their first match day and won four of them: the players managed to outplay one of the biggest favorites that were the Greeks from mouz; beat DB, Crescendo, Team Singularity, and 4 protect five, but lost to Alliance. The second match day was more difficult for PD: the team had 4 meetings, two of which ended with a loss.

A match with Team Secret was intense and spectacular. PD managed to get some advantage as soon as the map started, the hardlane was won, but then the game calmed down, which played into Team Secter's hands. The victory was slipping through Planet Dog's fingers. Having gotten the needed advantage, Puppey's team won that meeting.

Having ended the second match day with a 2:2 score, Planet Dog reached the qualifier playoff.

The team met the Greeks from mouz again in the semi-final of the upper bracket, but lost to them with a 1:2 score. Planet Dog had good chances on the decider, although the Greeks turned out to be stronger in early team fights and thus got too much advantage.

Now, with Planet Dog having no right for a mistake, the following meeting turned out to be highly intense.

Team Singularity rapidly got advantage on the first map and kept it until the middle of the game. Planet Dog managed to turn the tide though, took the lead and were only one step away from winning when the Poles from TS pulled themselves together, got the advantage back and pushed the matter through.

A loss on the second map would lead to Planet Dog being eliminated. The players, though, secured advantage in team fights and tied the score. It was time for the decider.

The third map started with Planet Dog's early push. The Players managed to get the kill advantage and tried to set control over the map. The key heroes of Team Singularity managed to get needed items, after which the Poles had a successful team fight, which gave them serious chances to win. Understanding that they should have been less aggressive, Planet Dog showed their true strength to the opponent and won the third map.

The lower bracket final had begun. Planet Dog easily beat Danish Bears on two maps and reached the final of the qualifier.

There was only one opponent left before The International 2017, which was mousesports. By that time, PD had played 4 maps with the Greeks, so they knew the team's weaknesses. The two teams, equally deserving to make it into the TI, and a best-of-five meeting, giving a spot only to one of them.

Planet Dog found the key to mouz and easily outplayed the opponent on the first map, although the Greeks showed their strength on the second map and tied the score. The third map was much calmer, although Planet Dog's pick let them feel more comfortable in team fights, which allowed the team to take the lead in the series. The fourth map and no right for a mistake again. Mousesports tried, but Planet Dog gave them no chance and won the final!

Reaching The International 2017 is a dream of every professional Dota 2 player. Planet Dog managed to overcome all the circles of the qualifiers, beat the dangerous and well-known opponents and make a statement about to the entire esports world! We're proud that these players will perform at TI under the tag of HellRaisers. We're sure they're ready to fight the strongest opponents!