Our team showed a quite good attacking side on Mirage. The opponent managed to force its play right from the first round, though by the side switching HR had actually found the key to successful rounds and earned six points. HellRaisers kept the initiative until the end of the second half — the Danes took only a few rounds.

HellRaisers started Inferno with winning the pistol round, though the opponent did seize the initiative in the buy round and saved it until the side switching. HellRaisers managed to win only five rounds in the first half. Heroic showed a good defense in the second half. Eventually, the Danes won the second map.

HR started the decider, Overpass, on the defensive side and faced a very strong attacking side of the opponent. HellRaisers managed to win only two rounds in the first half. The second pistol round was taken by the HellRaisers players, though a defeat in a force-buy round put an end to the comeback. 1:2, HellRaisers are leaving the tournament. 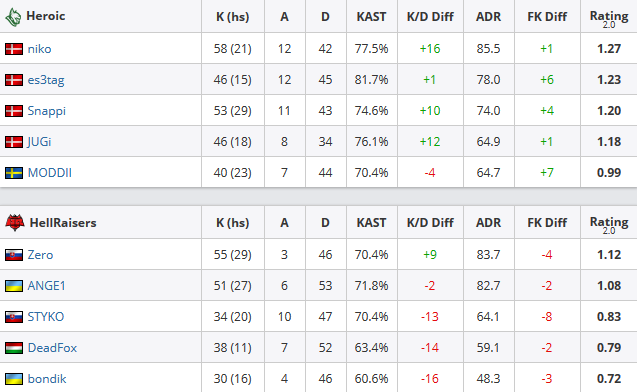