Home / News / HR HellRaisers make it into the playoff

HellRaisers make it into the playoff

A silver medal match ran against American team Misfits. The battle took place on Overpass, and HellRaisers started as the defensive side. The guys managed to have a flawless first half with only two rounds lost. After the side switching, Misfits tried to hang on to the game and even took a few rounds, though that wasn't enough.

The second map was Inferno where HellRaisers started on the attacking side. The first half ended with a minimum advantage of the American team. The second half was more intense, though — the teams were seizing the initiative by turns. Nevertheless, HellRaisers eventually got a 2:0 victory right out from under the opponent. 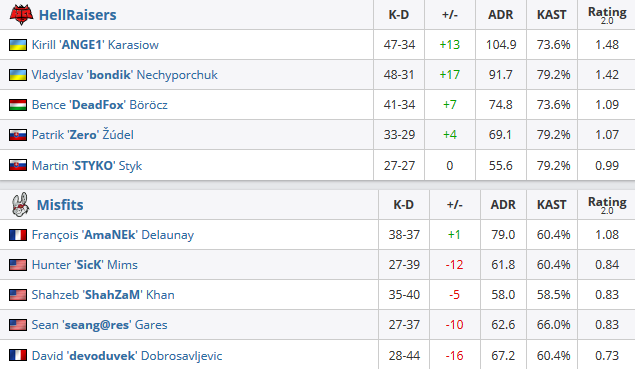