Home / News / HR HellRaisers do not go to Krakow

HellRaisers do not go to Krakow

The decider took place on Overpass where our five started as the attacking side. After winning the pistol round, HellRaisers lost the force-buy one and found themselves in a difficult situation. Immortals were keeping the initiative until the end of the first half — 10:5 in their favor. HR started to rapidly bridge the gap in the second half, though, but a few mistakes in key rounds didn't let them push the matter through. With a 16:13 score in Immortals' favor, HR will miss the Krakow tournament. 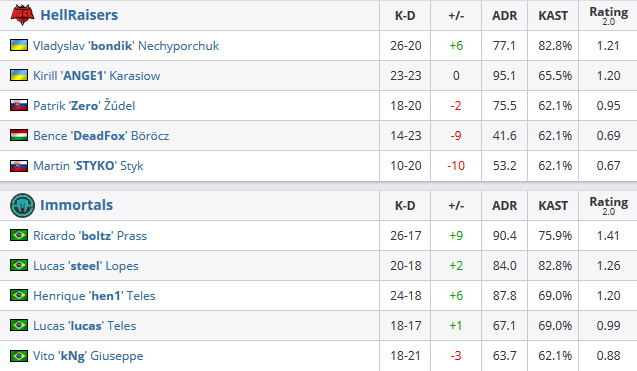