The meeting with TyLoo took place on Overpass. HellRaisers started as the defensive side and the beginning wasn't easy. The Chinese team rapidly got a 5:1 score, and it was only the seventh round when HellRaisers found the right approach to the opponent. That did pay off, though, and the side switching happened at a 9:6 score in our team's favor. The beginning of the second half was controlled by the guys from TyLoo again, though HellRaisers seized the initiative fast and send the opponent out from the qualifier. 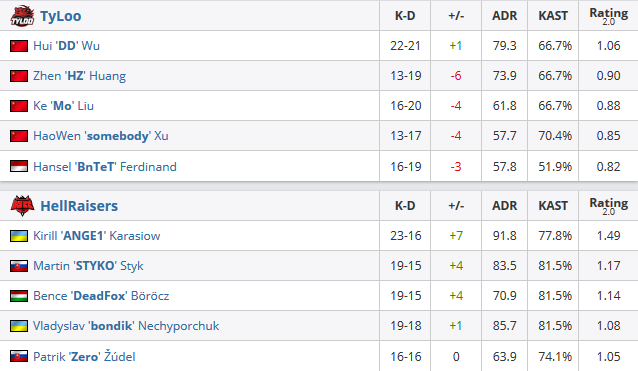