The third opponent of our guys was Team Liquid. The Fives faced off against each other on Train. The HellRaisers players started as the defensive side and took the first pistol round. However, the American team managed to win back in the force-buy round and thus forced their speed of the game. The first half ran pretty badly — HellRaisers got only two points. The second pistol round was taken by Team Liquid. This took away all chances to comeback. 2:16, tomorrow will be a decisive day. 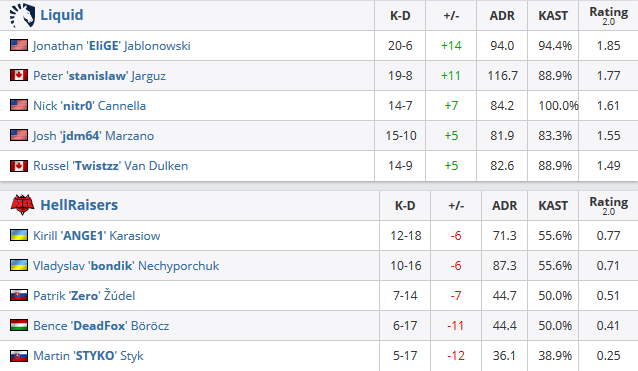