The second match day of our team took place on Overpass. Having taken the fist pistol round, HellRaisers lost the initiative in the second round, and the entire first half was rather tough for our guys. They managed to take only three points on the attacking side, and also they were so close from a victory in a few rounds. The second half started with a loss in the pistol round. By the end of the game, HellRaisers had got only one round. 4:16. 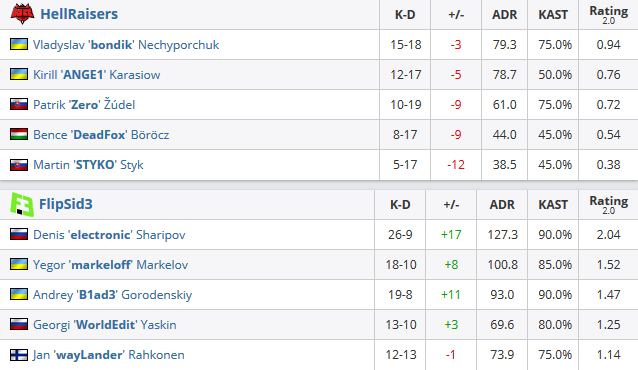