The battle took place on Mirage. HellRaisers started on the attacking side and took the first pistol round. However, in the first buy round, the Vega Squadron players won back and seized the initiative which they managed to keep until the end of the first half. The side switching happened with a 10:5 score in Vega's favor. In the second half, HellRaisers took control over the game and rapidly started to bridge the gap. Eventually, a temporary draw appeared on the map. 10:10. The HR players turned out to be stronger — 16:10! 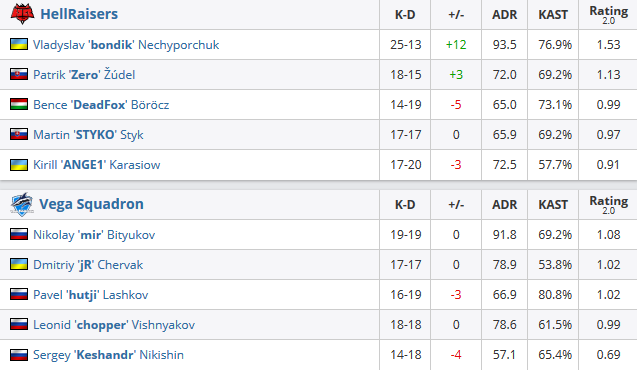