Home / News / HR The decider: HellRaisers vs Ninjas in Pyjamas

The decider: HellRaisers vs Ninjas in Pyjamas

After a map exchange with FaZe Clan, our team has taken the 9th place at ESL Pro League Season 5. We've got another opponent today. Ninjas in Pyjamas have taken the 10 place, and both HellRaisers and NiP are only 3 points away from the danger zone of the Season 5 Relegation, so it means that it's vital to win.

For our in-game leader, ANGE1, a meeting with Ninjas in Pyjamas is always more than just a match. The history of their battles is rich and interesting. You can take a look at it for yourself here. What should we expect from this match? HellRaisers have played on Train and Cache against FaZe already and showed a quite good play both on the attack and defense. They couldn't perform as well on both sides on each of the maps, though, so that's why our players need to fix the mistakes and show the Swedes even more confident CS this time.

Ninjas in Pyjamas are still looking for their play. They can beat the strongest world teams, but they don't show consistent results yet. However, the participation in the sixth season of ESL Pro League is at stake now, so the will to win isn't something both team lack and it means it's going to be a spectacular fight! 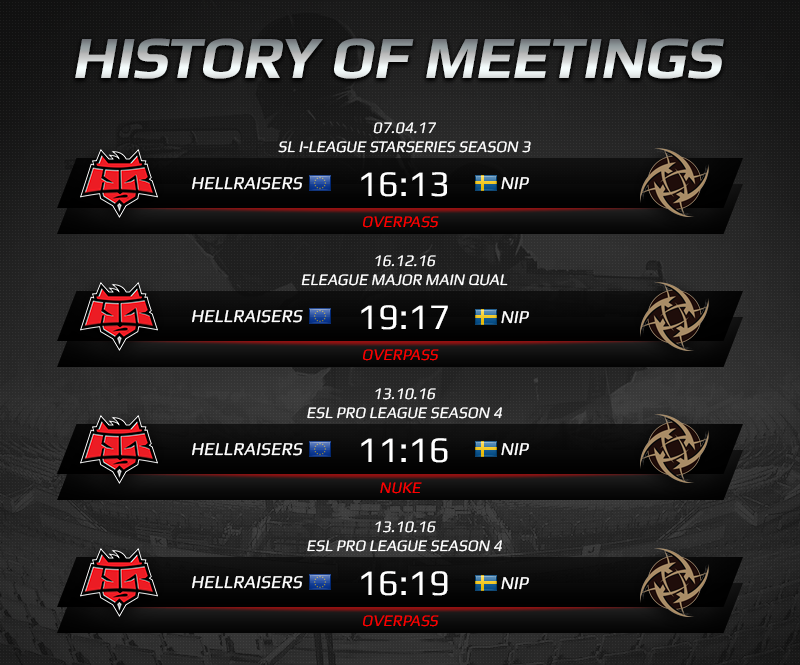