HellRaisers to fight for the championship of DreamHack Tours 2017

After a trip to DreamHack Austin 2017, HellRaisers analyzed their mistakes and went to the French city of Tours, since it's the venue of DreamHack Tours 2017. In the first match, ANGE1 and Co will face off against the French from EnVyUs. The opponent has been performing with mixed success lately: the French took the last place at cs_summit, and also they took the 8th place at ESL Pro League Season 5, which was only 9 points away from making it into the LAN finals.

HellRaisers in turn haven't been gaining momentum recently, either, and our players are going to fix that at this very tournament. We didn't let the French go to SL i-League Season 3, and today HellRaisers are ready to fight the EnVyUs players again. The rival will do its best to show a decent play at the home tournament, but HellRaisers are aimed at winning, too, so it means we're going to have an interesting and spectacular fight! 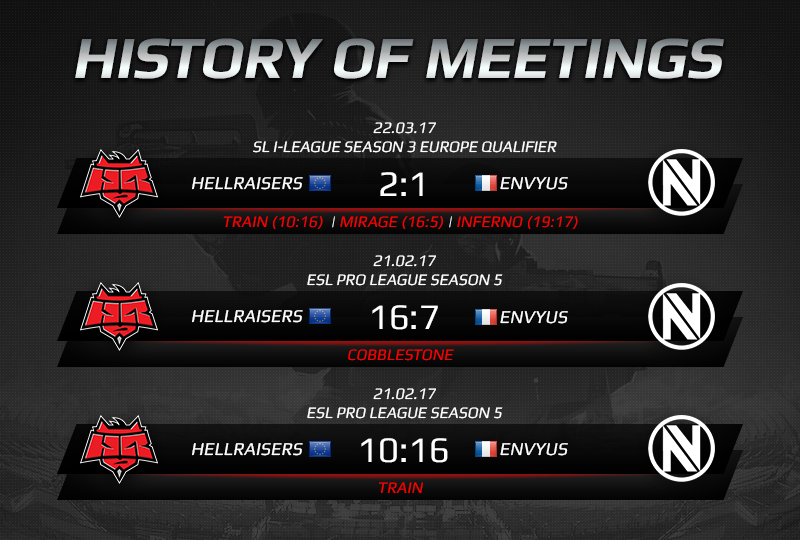 You can find the coverage of DreamHack Open Tours 2017 on our website.