HellRaisers played against the Danish Heroic team for advancing out from group A. The first map of the meeting was Nuke where HR started as the T side. The first half didn't go well — the Danes managed to seize the initiative and take almost all buy rounds. By the side switching, the score had been 13:2 in Heroic's favor. The Danes took a pistol round in the second half and ended up winning the first map.

The second map was Inferno. The HR players started on the defensive side this time and played the first half hardly better than the first map. HellRaisers changed the side having only four rounds under their belt. Heroic got a match-point, though not without difficulty, but HellRaisers still tried to turn the tide. Unfortunately, they didn't make it. The game ended in the 27th round with a 11:16 score in the rival's favor. 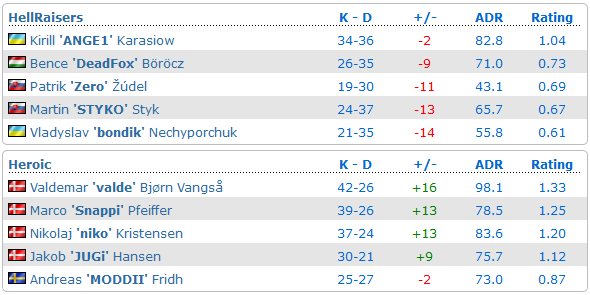 You can find the coverage of DreamHack Open Austin 2017 on our website.