Our five started the first map on the attacking side. After losing both the first pistol round and the first buy round, ANGE1 and Co did find a correct approach to the opponent and began taking rounds — they had managed to get six points by the side switching. In the second half, Fnatic got a match-point just by a single streak, though the Swedes managed to win it only on the fifth try. 16:10 in Fnatic's favor. 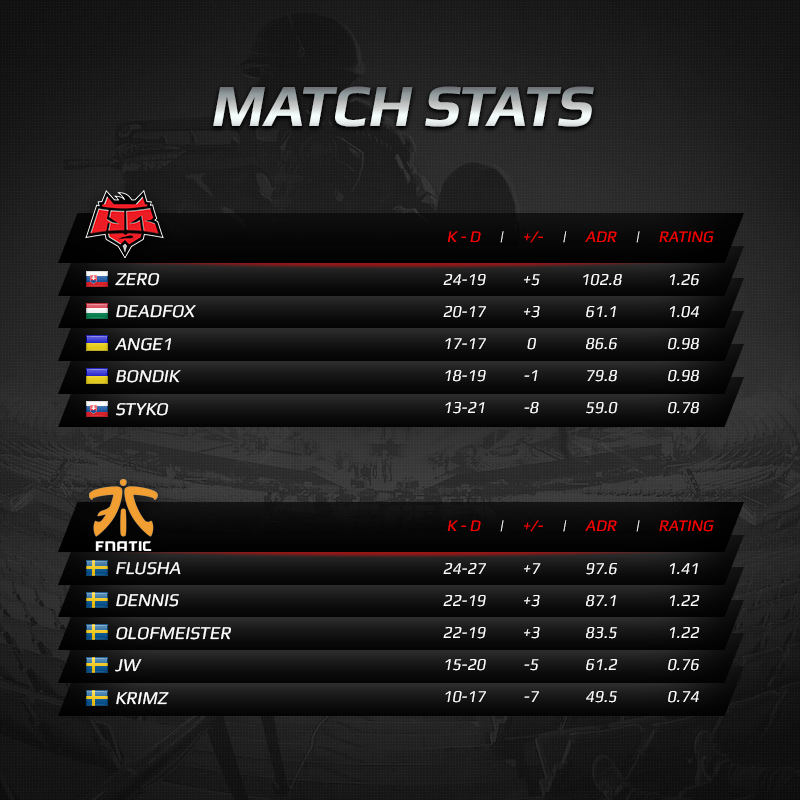 Cache started for HellRaisers on the attacking side, too. Our guys lost the first pistol round, but from the first buy round they seized the initiative and kept it until the side switching which took place at a 11:4 score in HR's favor. The Swedes made a true comeback in the second half, though. Eventually all 30 rounds were played, and Fnatic were the ones celebrating the victory. 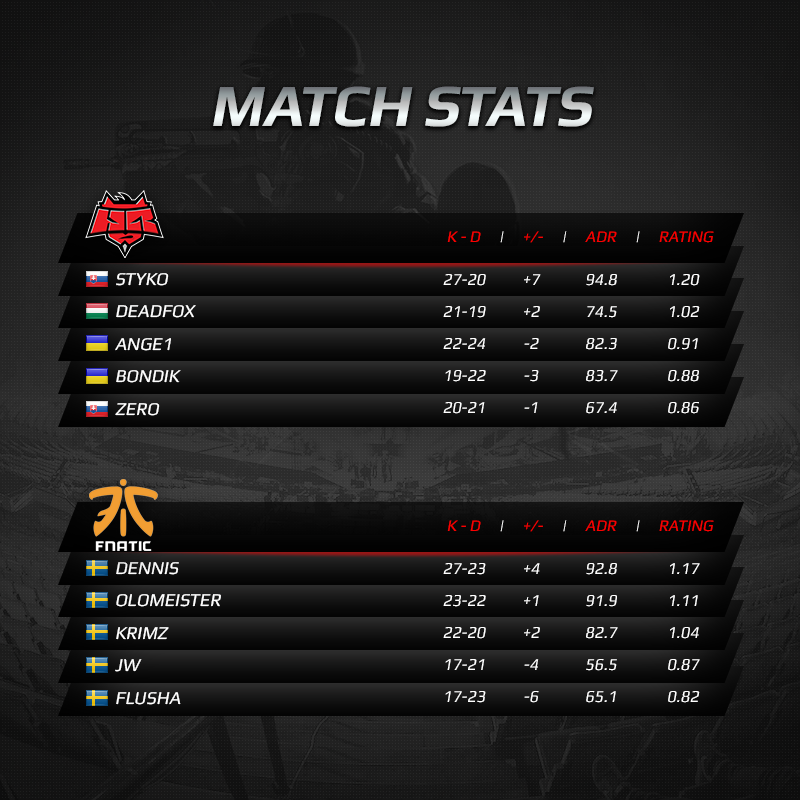