HellRaisers get no points

The map started with HellRaisers taking the defensive side and facing a well-prepared attack of the opponent. Both teams showed a decent result in the first half and didn't let each other take the lead by any considerable number of rounds. The side switching happened at a 8:7 score in Astralis' favor. HellRaisers didn't manage to force a fight in the second half and thus they took only two rounds on the attacking side — 16:9 in the Danes' favor. 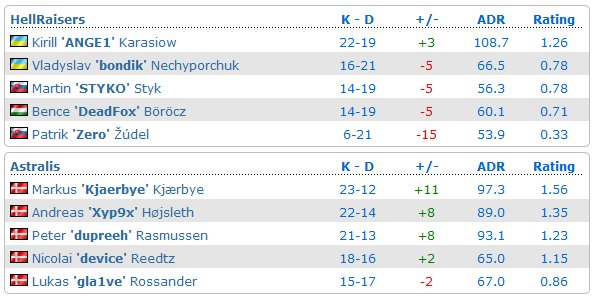 Our five started Mirage as the attacking side. After a rapid beginning in the form of winning a pistol round, HR lost a few buy rounds and only at the side switching they managed to catch up, having bridged the gap. The second half started rather well, but being only a step away from a match-point, the Danes managed to find a key to HR's defense and turned the tide — 16:14 in Astralis' favor. 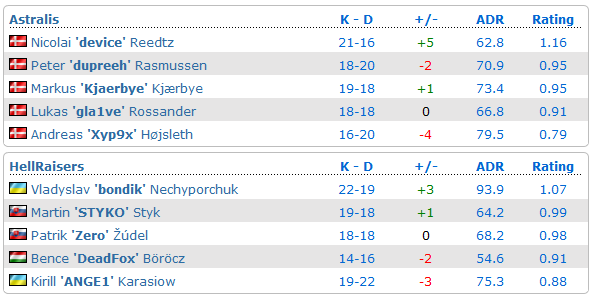