The teams started the meeting on Mirage. HellRaisers began as the defensive side. After defeats in both the first pistol round and the first buy round, HellRaisers found a right approach to the defense and by the side switching had managed not only to bridge the gap, but also take the lead — 9:6. The second pistol round was taken by FaZe too, and HR found themselves in a situation when they had to catch up. Unfortunately, they didn't manage to turn the tide and FaZe got a victory on the first map.

Our guys started Train on the attacking side, and the first half was pretty tough. FaZe would fight the attack off over and over again and would win difficult situations not letting HellRaisers seize the initiative. It resulted in a 12:3 score in FaZe's favor. The HellRaisers players did get into the game, though, and made a comeback — they lacked only one more round to reach the overtime. 14:16, HellRaisers place 3-4th. 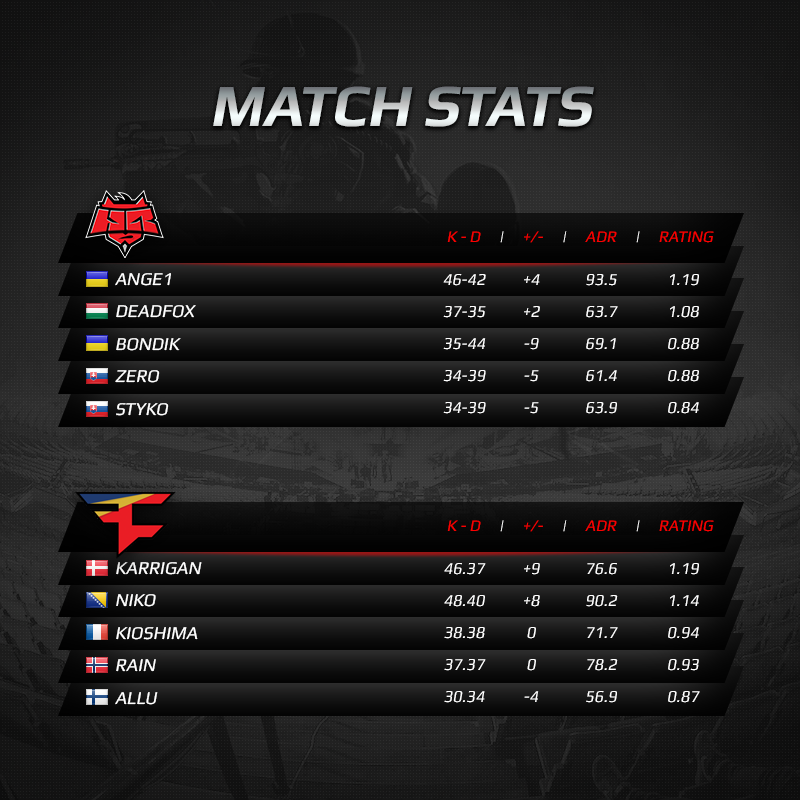