The SL i-League StarSeries playoff started with a meeting against the Danish North team. The first map was the opponent's pick — Cobblestone. HR began as the CT side, and although they took a pistol round, they couldn't keep the initiative. HellRaisers had managed to earn a necessary minimum of five rounds by the side switching. Unfortunately, the game didn't go well in the second half — North showed a decent defense and ended the first map with a victory.

HR started their pick, Cache, as the defensive side, and the first half turned out to be satisfactory. North were showing good results, not letting HellRaisers take the lead. The side switching happened at a 8:7 score in HR's favor. Fans of both teams got nervous in the second half, since the game stretched on all 30 rounds, and HellRaisers managed to beat the Danes only in the last two rounds.

The third map was Overpass. Our team started on the attacking side and won a pistol round again. This initiative was kept and developed — HR had earn 9 points before the side switching, which gave them good chances for the defensive side. HellRaisers got a second wind in the second half, and North couldn't cope with it. Even a strong individual play of the Danes couldn't affect the game's course 16:11! HellRaisers reach the semi-final to go up against Faze. 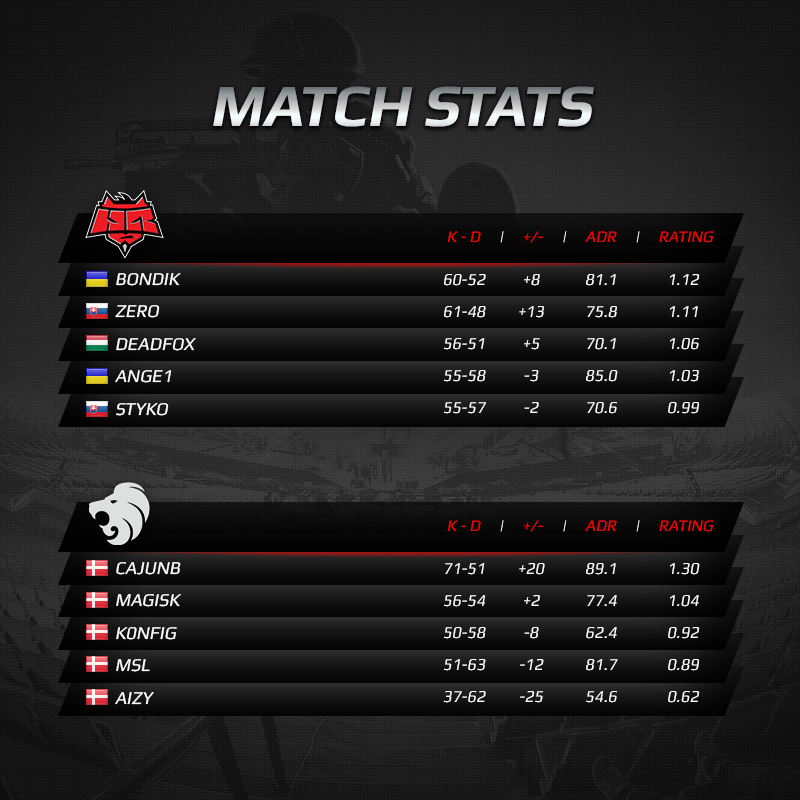