A deserved victory for HellRaisers

HellRaisers played their first meeting with the North American team on Mirage. Having started on the attacking side, HellRaisers destroyed CLG's defensy without difficulty — a pistol round, first buy round and all following rounds were taken by the HR players. The Americans managed to take only one round for the whole first half. However, CLG did their best trying to get a comeback in the second half, and even won ten rounds. Nevertheless, HellRaisers turned out to be stronger — 16:11. 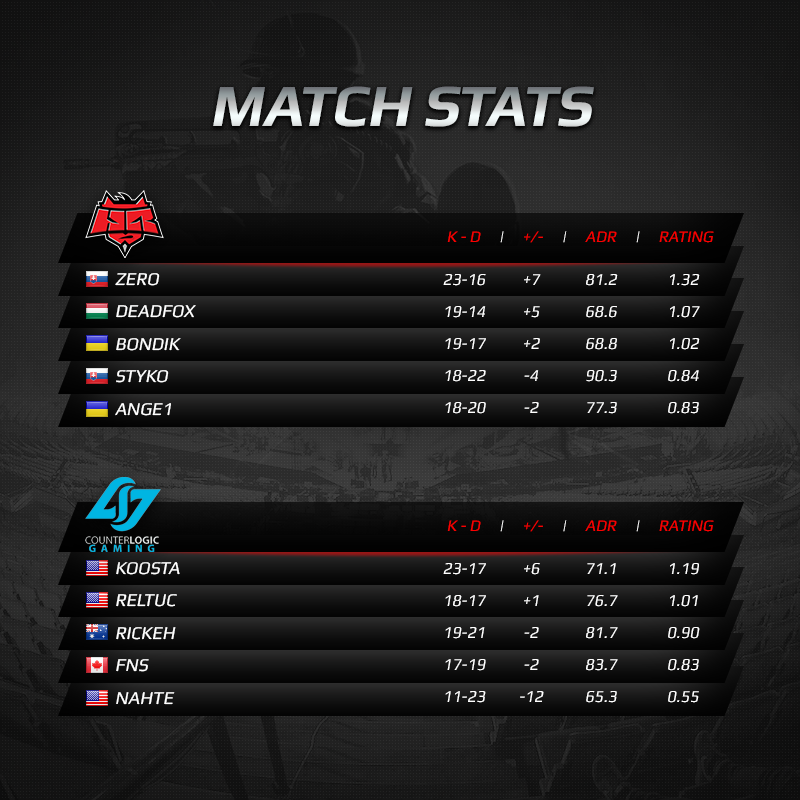