The first half started with HellRaisers taking the first pistol round but losing the following force-buy. FaZe had been keeping the initiative by the seventh round when HR took the lead in the game and saved it until the end of the match. The side switching took place at a 9:6 score in HR's favor. In the second half, HellRaisers reached a match-point rather fast and took it on the fifth try. 16:10! 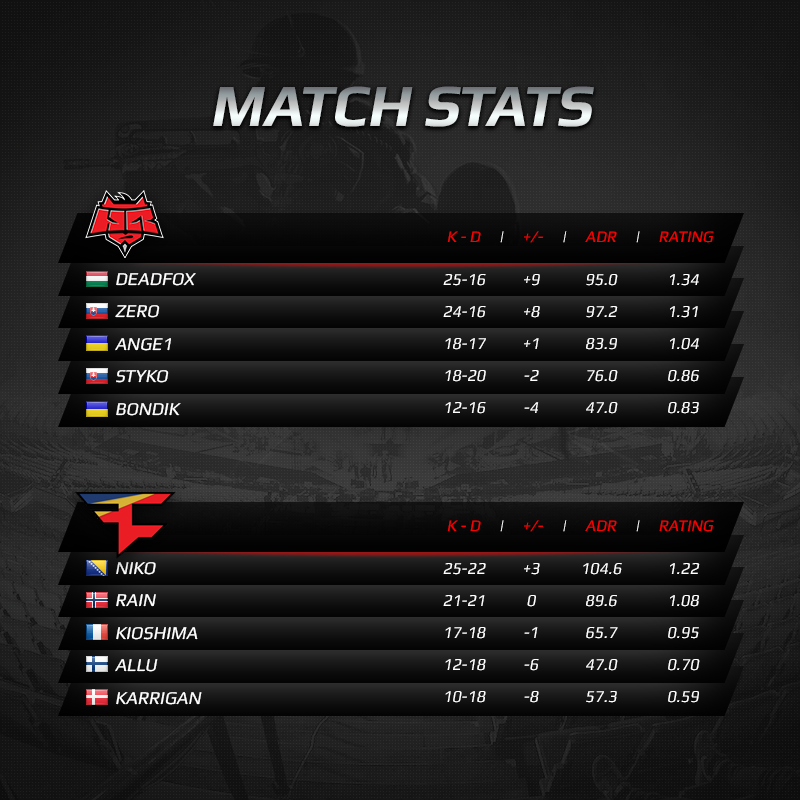