Our five started their road to the French LAN finals with a meeting against the Swedish Rogue Academy team. The match started on Overpass where HellRaisers began as the attacking side. The HR players managed to force their pace in the first half and turned that into a serious advantage — our guys had taken 12 rounds on the T side before the side switching. The second half didn't bring any surprises. Having switched to the defensive side, HellRaisers did away with the opponent leaving him no chances for a comeback.

The second map was Cobblestone where HellRaisers began as the CT side. They managed to show a decent play in the first half and take seven rounds which can be considered enough. Unfortunately, things didn't go that well on the attacking side — the Swedish defense turned out to be no match for our players. HellRaisers got to take only one round in the second half. 8:16.

Our team started the third map, Inferno, as the T side. As well as on Overpass, HellRaisers played an excellent first half and took 11 rounds on the attacking side which basically guaranteed them a victory. The Swedes could only be saved by a miraculous comeback, but miracles don't happen. 16:5 is the score HellRaisers took the third map. 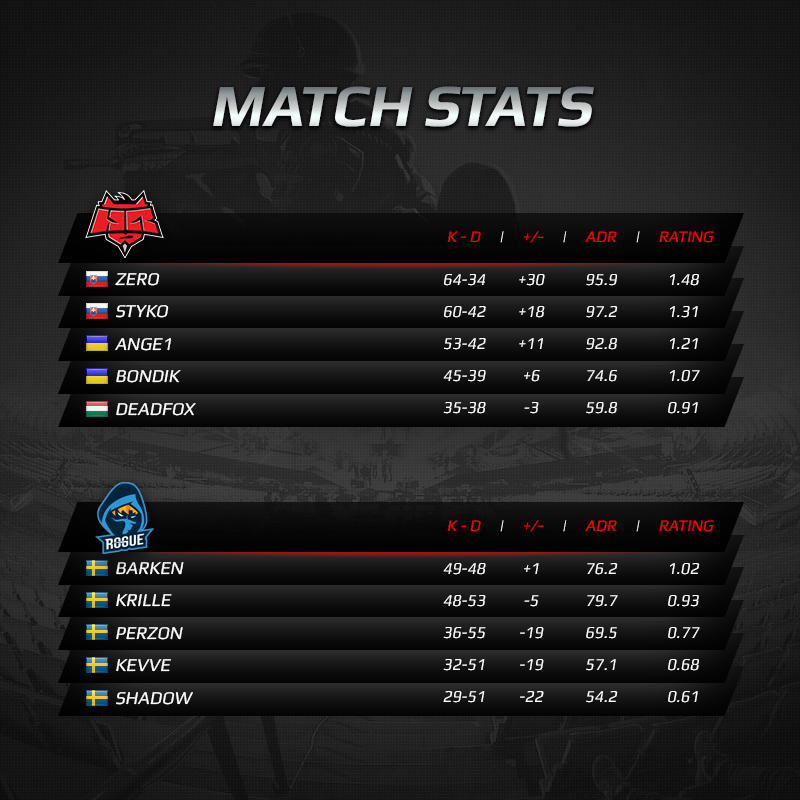 HellRaisers had to deal with another favorite of the qualifier which is F3. A beginning of the match took place on Train. Both sides were quite close. Neither team couldn't take 16 rounds during the regulation and so they had to play additional rounds. In the first set, FlipSid3 managed to take enough points to win the first map.

The second map was Mirage. Our five started it on the T side and by the side switching had taken seven rounds having thus created a good ground for the defensive side play. The second half, though, was more difficult — FlipSid3 did their best trying to get in the game again, and they almost made it, though HellRaisers did turn out to be stronger — 16:14.

The third map was Cache. Having started on the defensive side, HellRaisers literally destroyed the enemy's attack. The FlipSid3 five managed to earn four rounds in the first half with great difficulty and thus found themselves in a tough situation. HellRaisers in turn felt confidence and finished the opponent off by a few skillful rounds on the T side. 16:5. 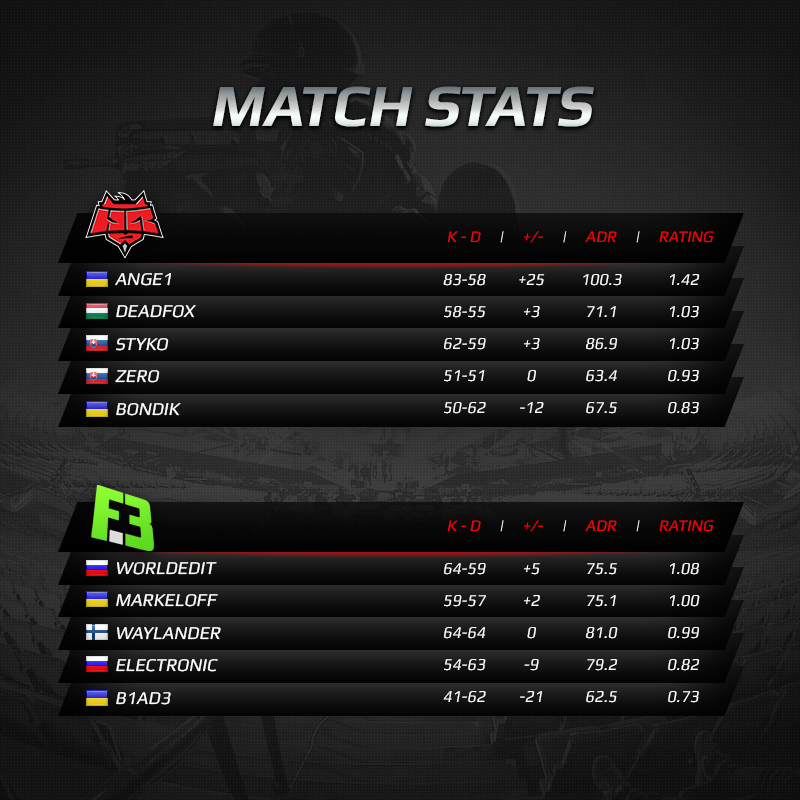 HellRaisers faced off against the Danish Tricked team in the final of the qualifiers. Both teams had been playing the whole day, so the match wasn't only about skill, but endurance. The first map was the rival's pick — Nuke. HellRaisers played an excellent attack and switched to the attacking sid with a considerable advantage. However, the second wasn't working at all — the HR players would make many mistakes and lose round by round. Our team got in the game again at the end of the match and showed their best having broken the Danish comeback.

It was less dramatic on Mirage. Having started on the CT side, HellRaisers faced a decent attack of the enemies who were doing their best trying to take the lead. Luckily, HellRaisers managed to keep the initiative and thus the side switching happened with a minimal advantage of our team. HR got a second wind in the second half and just destroyed the Danish defense and earned a deserved ticket to the LAN final! 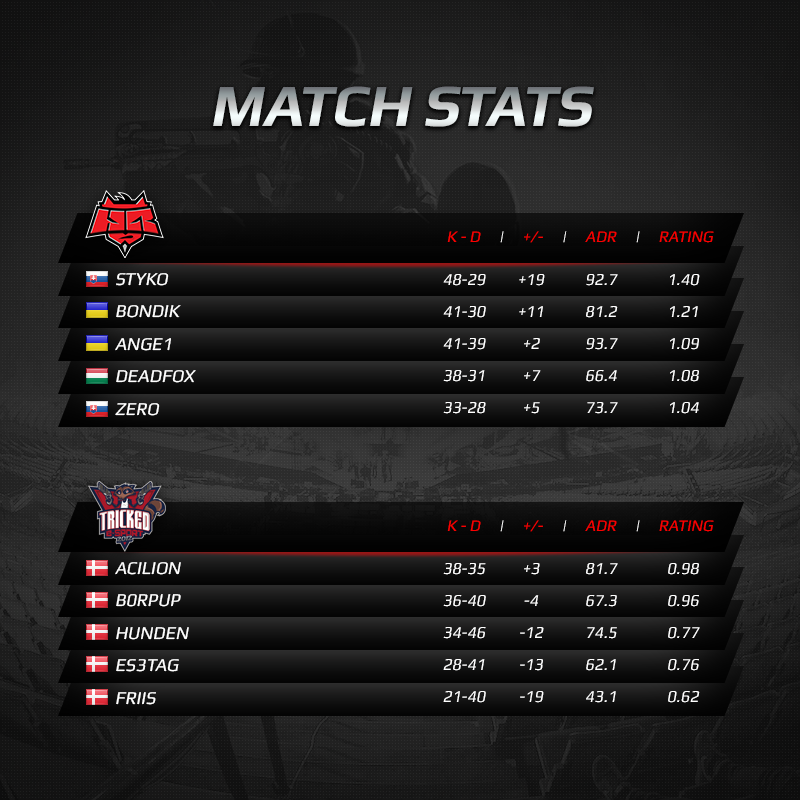 Find out all details of the closed qualifier in the coverage on our website.