The teams started the battle on Cache. The defense side, the one ANGE1 and Co was on, began pretty well. Our guys managed to take a pistol round and earn a good advantage, but after a short while the Danes seized the initiative and leveled the score. HR began the second half with a loss in a pistol round, but the first buy round let them return control over the game's course and end the first map with a victory. 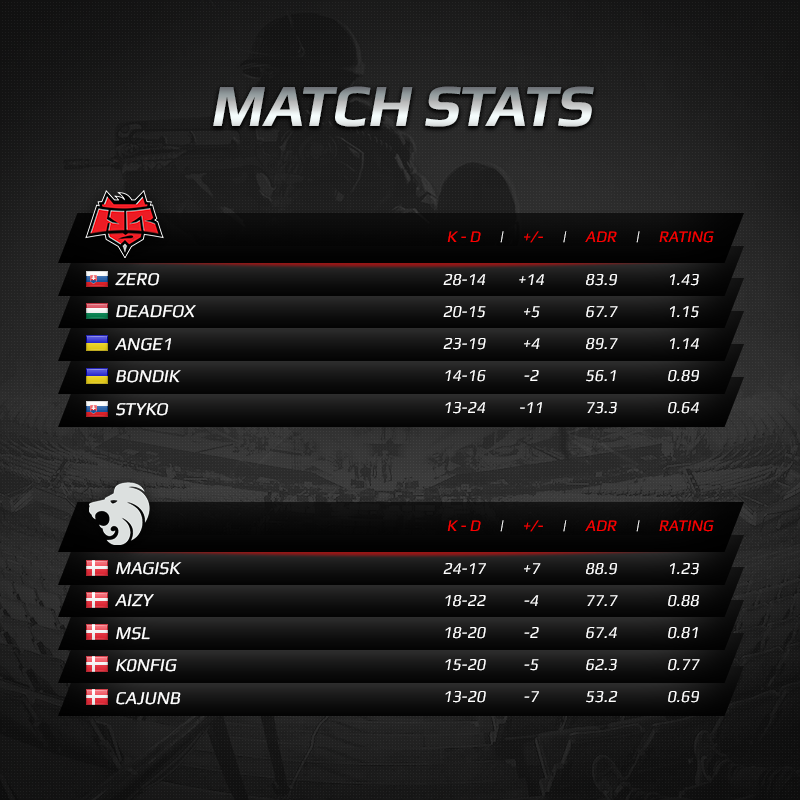 The second map was Mirage where our five started on the attacking side. HR faced a solid defense of the Danes in the first half, but managed to find its gaps and take 6 points. The game went worse in the second half, though, where the North players acted really well and quite rapidly took rounds. HellRaisers couldn't stop the Danes and lost the map — 10:16. 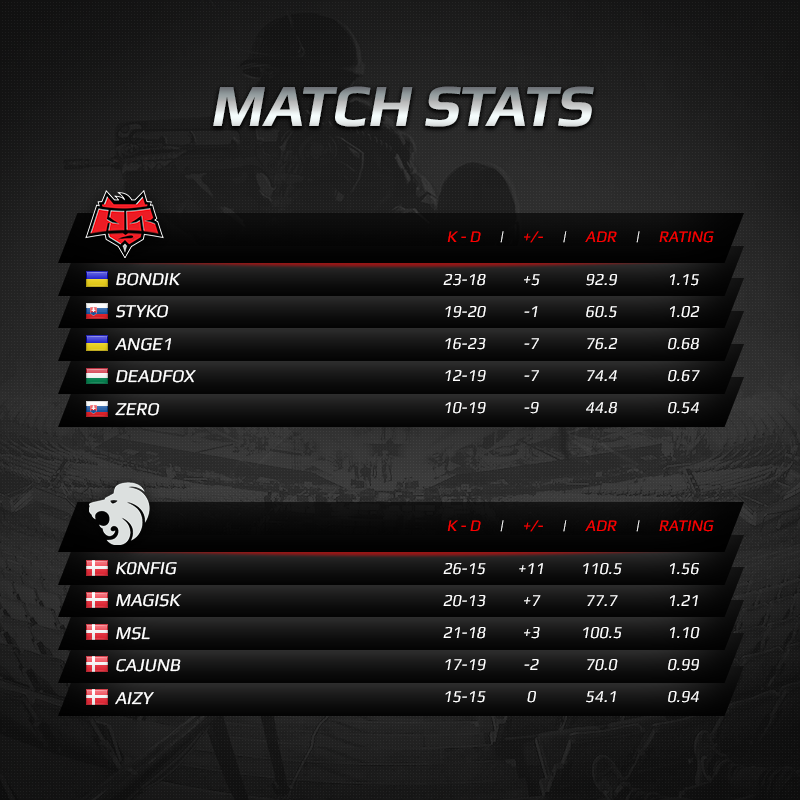