The teams started this game night on Inferno. Playing for the attacking side, HellRaisers didn't manage to show a decent result in the first half and basically failed almost all rounds. Our team managed to win only one round for the entire first half which was disastrously not enough. The game went better in the second half, but our guys couldn't cope with such a score advantage of the opponent who did take those two rounds and ended the first map with a 16:5 score in favor of Na'Vi. 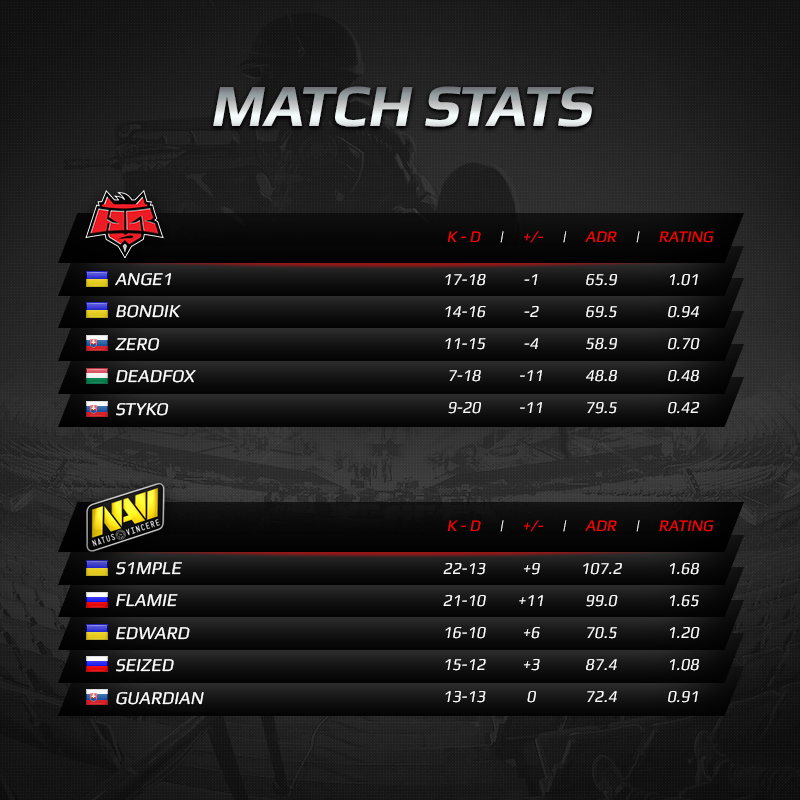 The second map was Mirage where our five began on the CT side. Natus Vincere at first would manage to force their speed of the game, but after a few rounds HR found their own pace and made up for the lost rounds. The side switching took place at a 8:7 score in the rival's favor. HellRaisers showed an excellent attack in the second half, though, and didn't let Na'Vi make a comeback — 16:11. 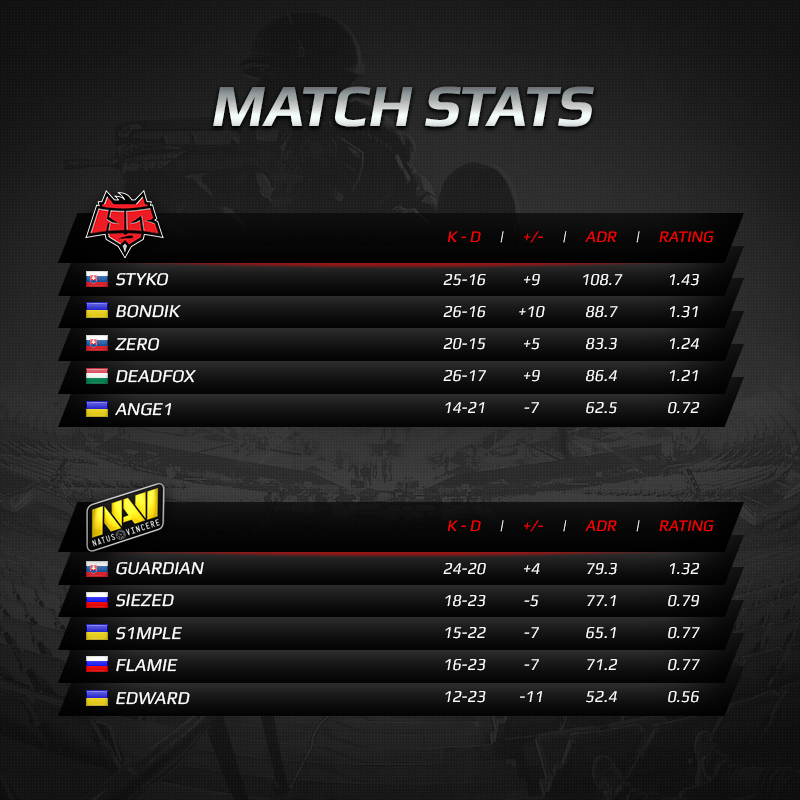