Home / News / HR HellRaisers advance out of the group

HellRaisers advance out of the group

The first opponent of this match day was team Preparation that used to perform under tag zzz. The map of the meeting was Cache where our five started on the defensive side and played the first half without much effort. The side switching took place with a standard score of 10:5 in HR's favor. The second half ran under the orders of HellRaisers who had got a series of six rounds in one fell swoop and thus brought an end to the meeting. 16:5. 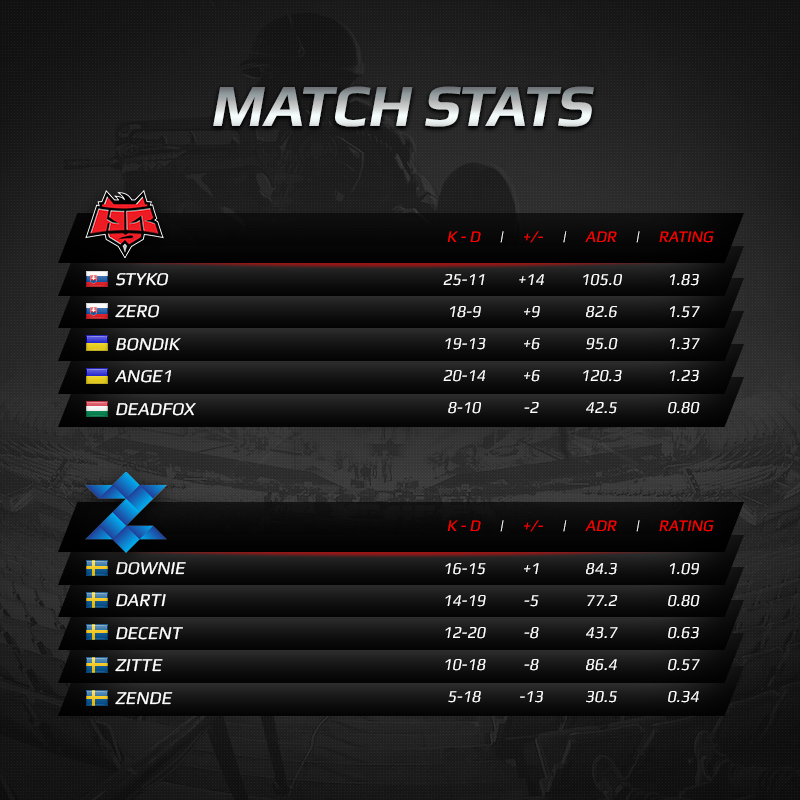 While fighting for the first place in the group, HR faced off against the Polish Team Kinguin five. The venue was Cache again. HellRaisers started on the attacking side and played a flawless first half where they managed to take 12 rounds and nearly locked down a victory in this meeting. The Poles had been able to take only one round in the second half before they lost. 16:4 — HellRaisers easily take the first place in group B. 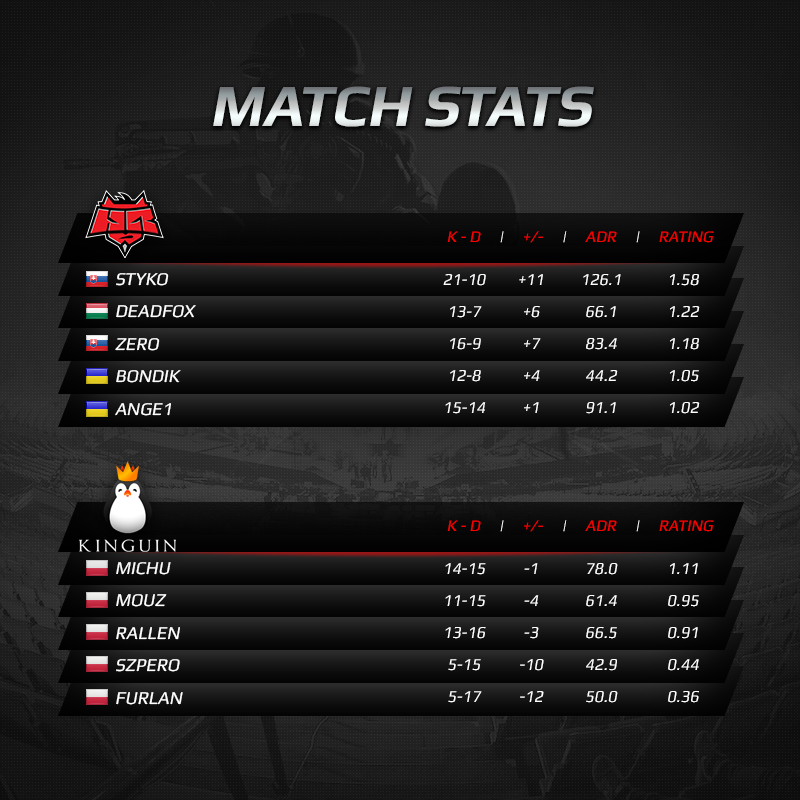 You can find the coverage of BD csgopolygon Season 1 on our website.