The first meeting was against BIG. The teams started on Train where HR began on the CT side. After a successful beginning, HellRaisers dropped guard and let the enemy level the score, and then take the lead having a 9:6 score in his favor. HellRaisers played a flawless attacking side and didn't let the rival take a single round. 16:9.

HR started Overpass, the second map, on the T side and failed the first half. They managed to take only four rounds and the only hope was a comeback. However, it didn't take much for HellRaisers to do that — they literally destroyed the opponent in the second half and won the game with a 16:14 score. 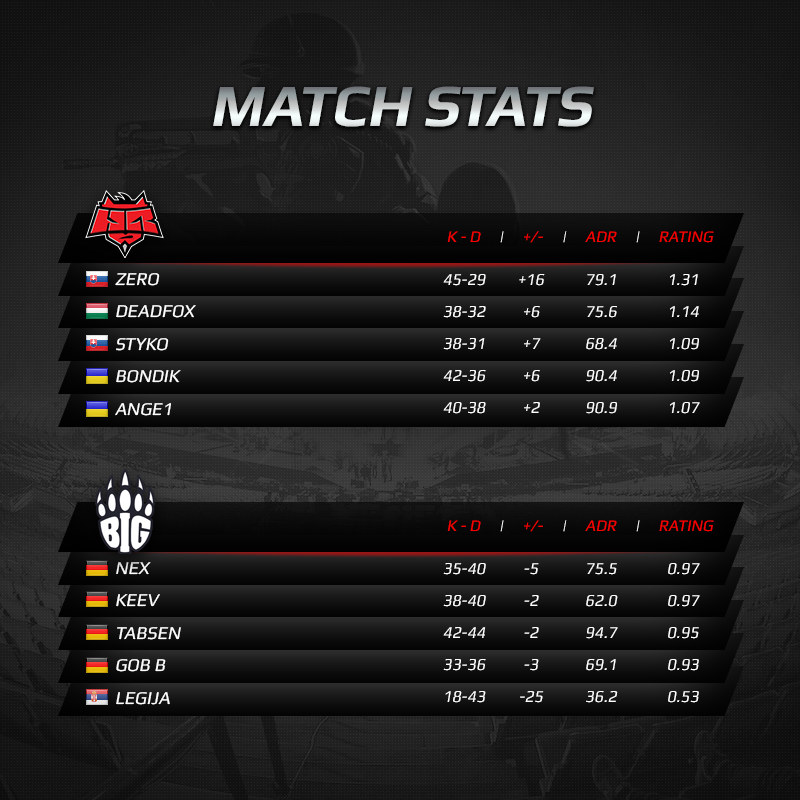 The second rival was mouz who played the first map, Cobblestone, rather well and kept the initiative in both halves, while HR felt off and couldn’t cope with the enemy’s pressure. Mouz managed to take 9 rounds in the second half, having lost only one, and thanks to that won the first map.

HellRaisers started Cache on CT and played an almost flawless first half. They managed to take 14 rounds out of 15 and secured a victory on this map. Mouz took a pistol round in the first half, though a comeback didn’t happen — HR had no difficulties finishing the opponent off.

The third map was very intense. The teams ended the first half with an 8:7 score in favor of mouz. However, HR did manage to force their play in the second half and, having taken a pistol round and developed the advantage, to win the third map with a 16:12 score. 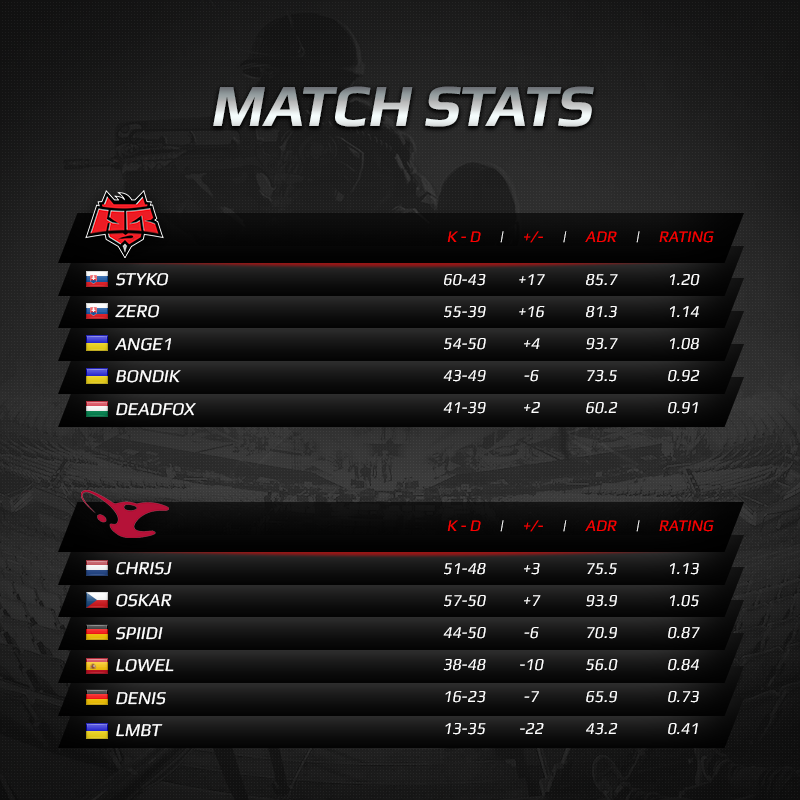 The last rival was Vega. Our team started Mirage on the T side and took 7 rounds. The second half was taken by HR who had won the second pistol round and easily gained a number of rounds needed for a victory.

HellRaisers began Inferno, the third map, on the defensive side and managed to take only 4 rounds. However, HellRaisers seized the initiative in the second half and started earning points. Vega Squadron tried to return control over the game, but they managed to take only a round — the first device one. 16:12 — HR go to the Austin LAN. 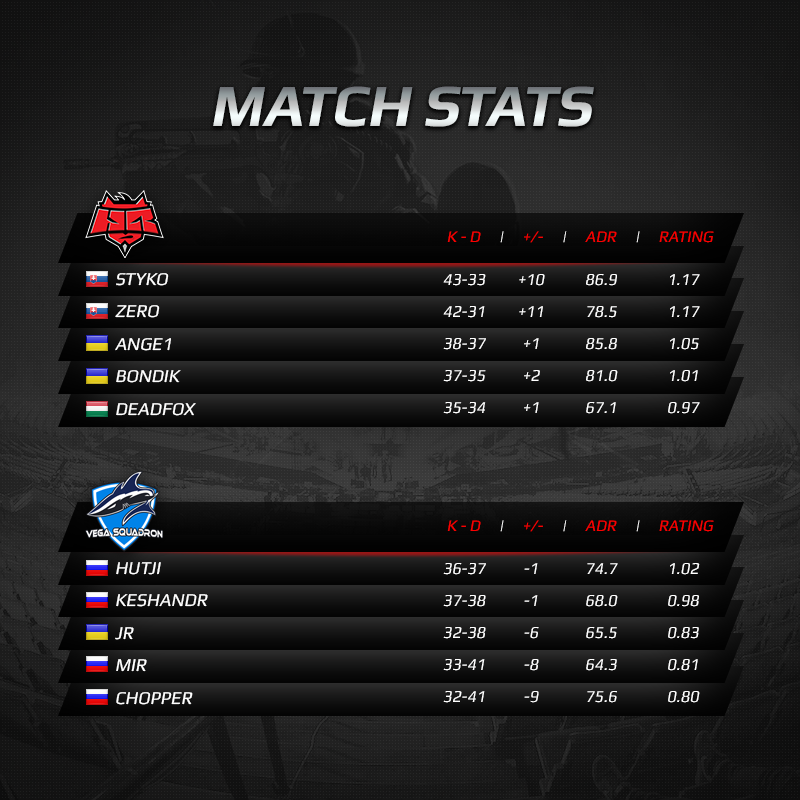