Home / News / HR HellRaisers and Heroic end in a draw

HellRaisers and Heroic end in a draw

This evening's battle started on Mirage. The first pistol round ended in HR's favor, but a force buy one was taken by the opponent who won back and seized the initiative. After a few quite tough rounds HellRaisers managed to find a gap in the enemy's defense and by the end of the half the score had been almost even — 8:7 in HellRaisers' favor. In the second half, Heroic pulled themselves together and won a series of 8 rounds which brought them to a match point which was taken on the fifth try. 12:16. 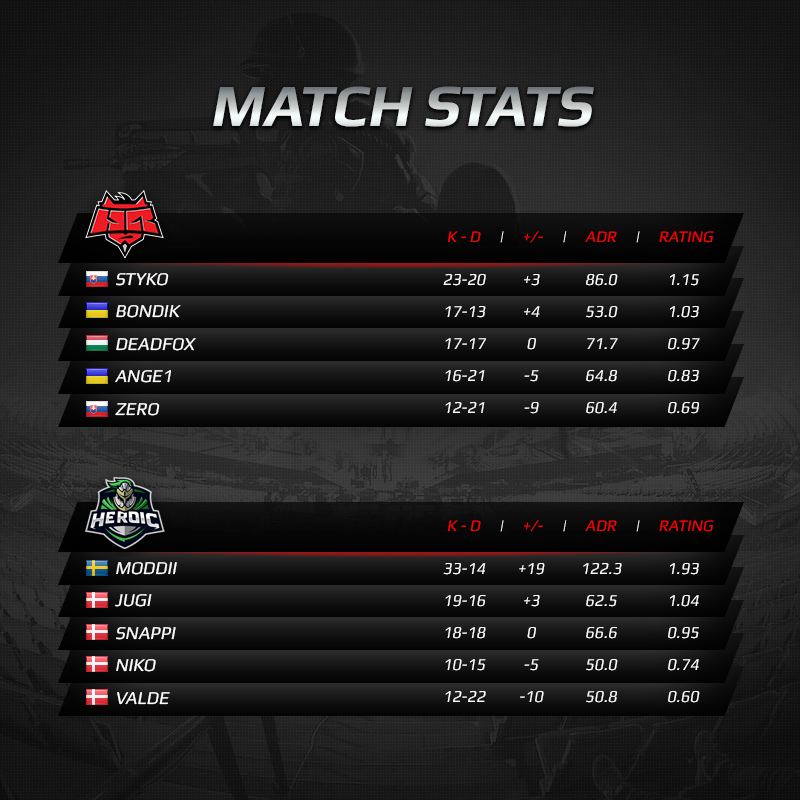 The second map, which was Train, started with the defensive side for our guys. HR started their performance with a series of seven rounds. The Danes began to resist only in the eigth round, and by the side switching the difference had been five rounds only. The second half began with taking a pistol round by the HellRaisers players. Although Heroic turned out to be stronger in the first buy round, HellRaisers did manage to end the second match with a victory. 16:6. 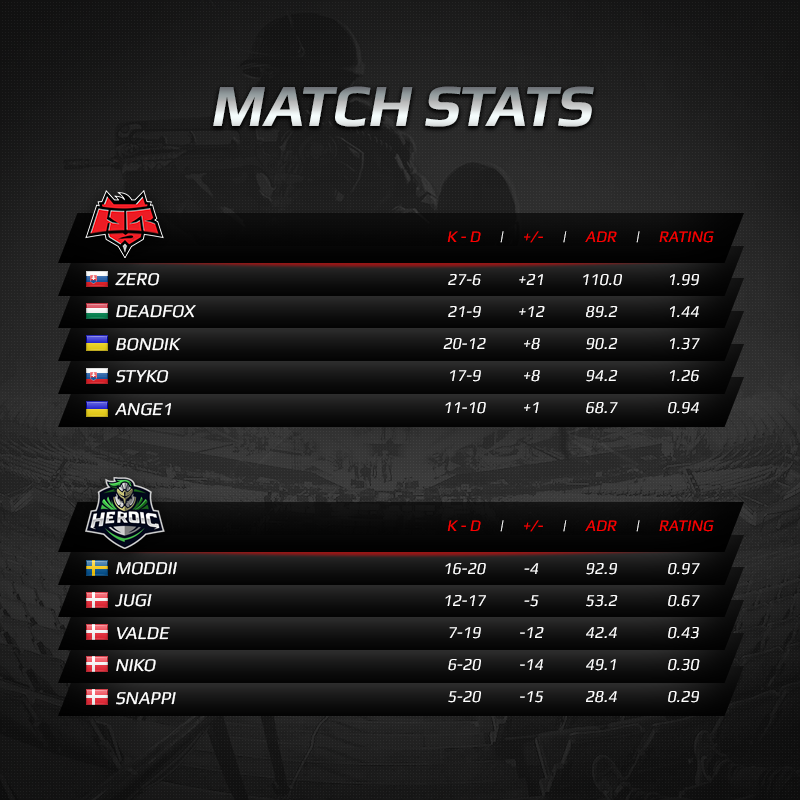