The teams started the first match on Train where HellRaisers began on the attacking side. The first rounds were rather tough for HR — our players managed to take only one point out of eight rounds. However, from the ninth round HellRaisers started to get in the game, and by the side switching they had ended up with a 9:6 score in the rival's favor. The second half ran completely under the orders of the HR players — they didn't let the enemy take a single round on the T side and finished with a 16:9 score in their favor. 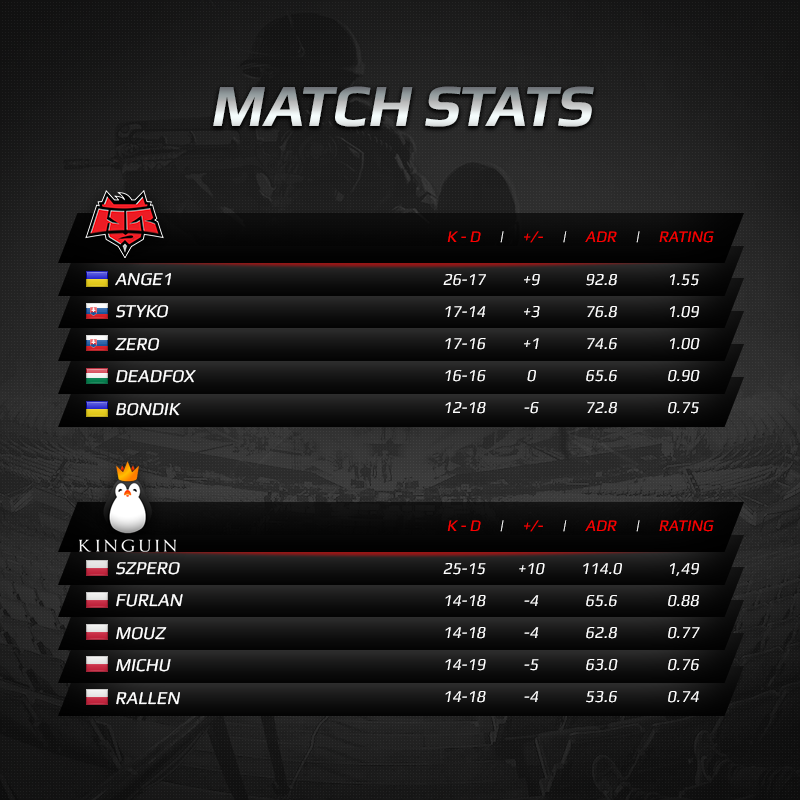 HellRaisers started Cache on the defensive side. After an excellent pistol round, HellRaisers lost the first buy one and lost the initiative in the game. During almost the entire first half the Polish five was domination on the map, and only in some rounds HR were very close to turn the tide. The side switching took place at 10:5 in Team Kinguin's favor. HellRaisers didn't manage to show a better play on the attacking side, either — by the end of the match they had taken only one round and ended the meeting with a 6:16 score. 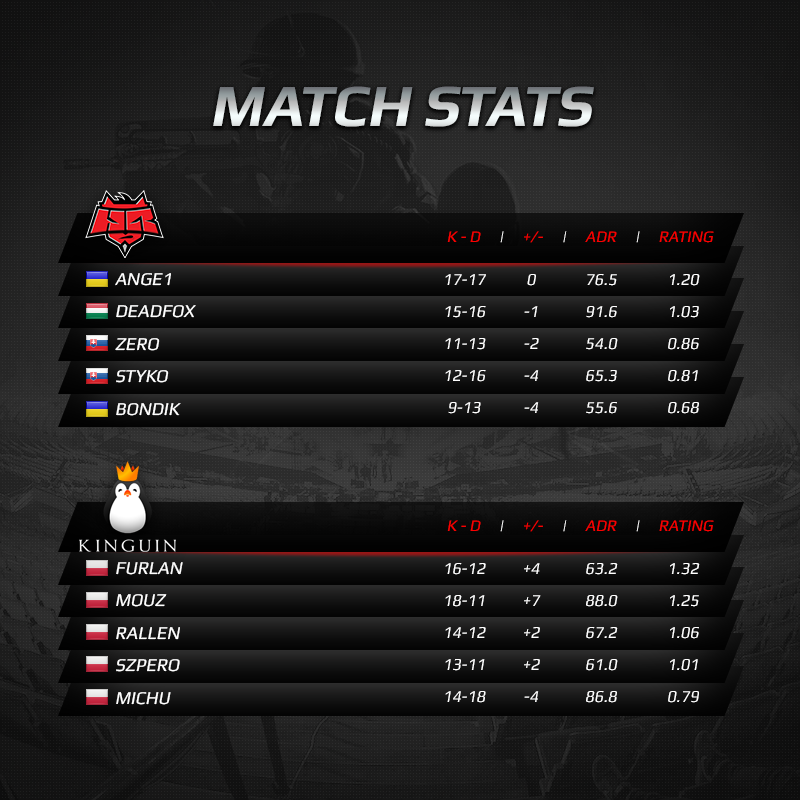