Home / News / HR HellRaisers and EnVyUs end in a draw

HellRaisers and EnVyUs end in a draw

The first map of the evening was Train where our five started on the attacking side. HellRaisers got their first point only on the sixth try and didn't manage to turn it into a winning streak. The first half ran according to a plan of EnVyUs. HR had taken only two rounds by the side switching, although a few more rounds were lost due to mistakes and individual actions of the enemy. Although HellRaisers started closing the gap in the second half, they couldn't make a comeback — the game ended with a 16:10 score in the opponent's favor. 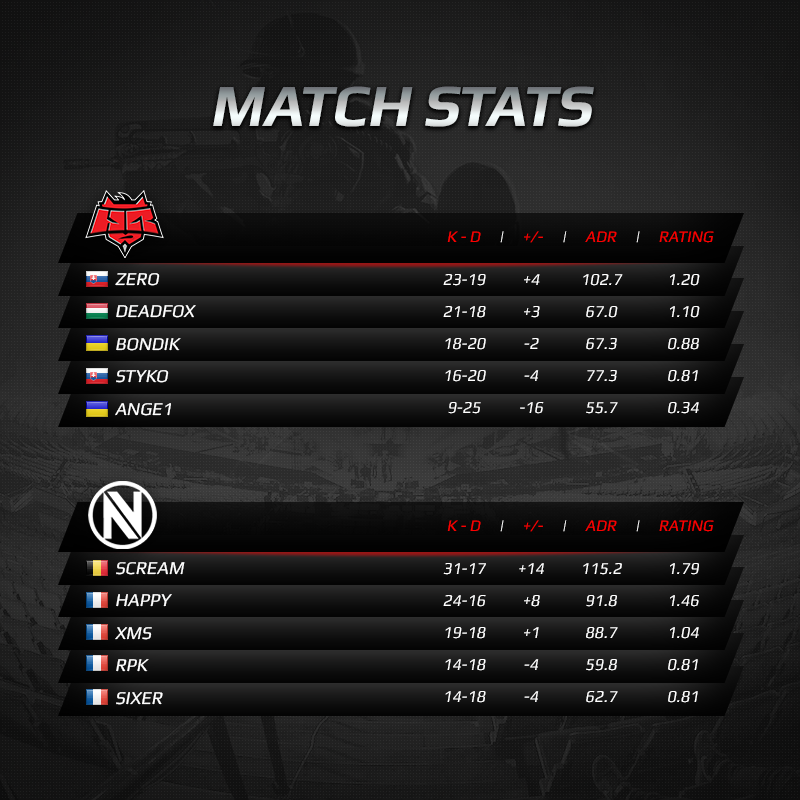 HellRaisers started the second map, Cobblestone, on the CT side and showed a confident play in the first half. After not the most successful start, our team stabilized their play, and by the side switching our guys had taken eleven rounds. The second half didn't spring any surprises — HellRaisers brought the game to a victory and earned their first points in the fifth season of ESL Pro League. 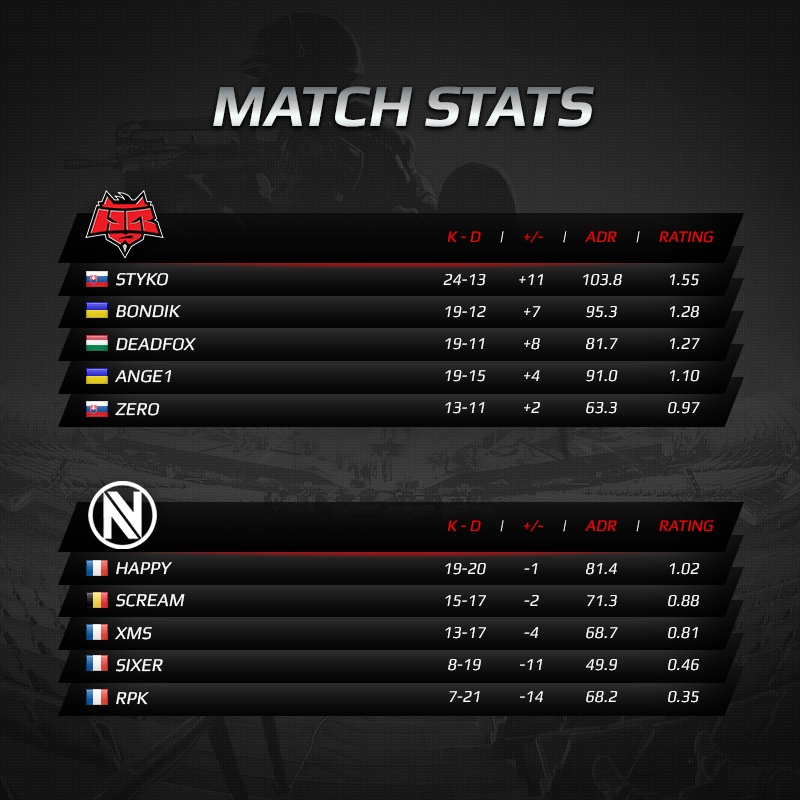 The coverage of ESL Pro League Season 5 is available here.