HellRaisers begin with a loss

Our team played the first match within the European division of the ESL Pro League Season 5 not in a full roster — instead of ANGE1, the fifth player was the team's coach, Johnta. The battle started on Nuke where HR began on the attacking side. The first half turned out to be really tough for our guys — they could earn only three points which wasn't enough for a confident play on the CT side. Nevertheless, after the side switching, they did force the enemy a fight and got a few rounds. A comeback didn't happen — LDLC ended up with a 16:7 score in this meeting. 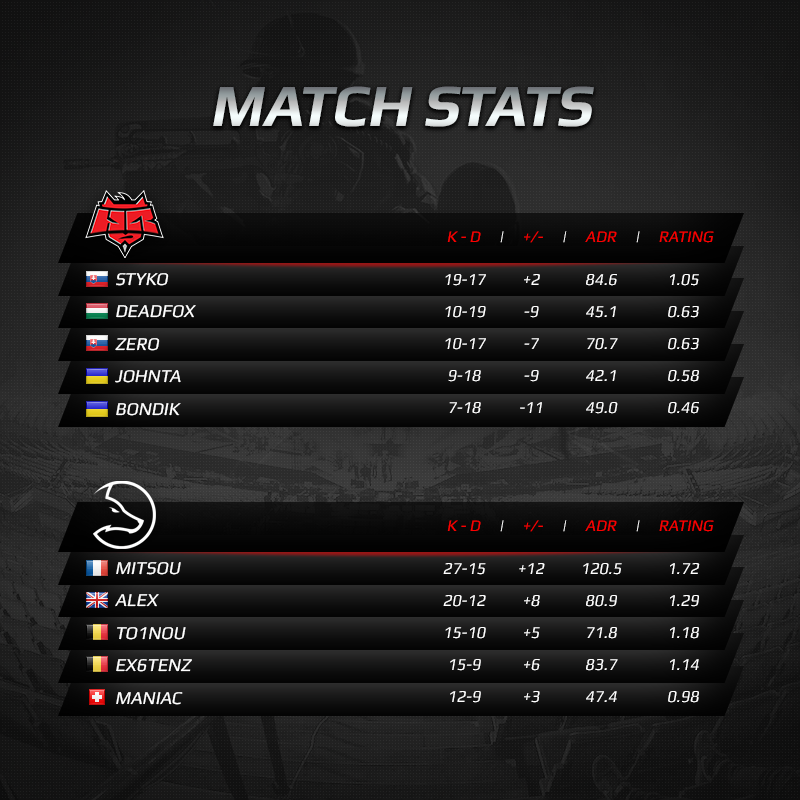 The second map was Cache where our five started on the T side again. Despite quite a good beginning, the HR players managed to win only eight rounds in the first half. The second one didn't go that well — HellRaisers lost the pistol round and, having taken the first buy round, they didn't manage to keep the initiative. HellRaisers tried to seize it again on the CT side, but none of the won rounds turned into a streak. The final score of the match is 11:16 in LDLC's favor.

You can find the coverage of ESL Pro League Season 5 here.

Make sure to subscribe to our social nets to stay tuned!