After ELEAGUE Major 2017 was over, the hltv.org portal has updated the ranking of the strongest teams again. Despite the fact that the ranking is updated every week, monthly updates let follow the tendency. The previous update was released on the 5th of December and there our team took the 23th place. In the new ranking, HellRaisers climbed three positions and made it into the twenty best teams. However, it's only a beginning of the road for HellRaisers, since the current result is far from the goal our team is aimed at! 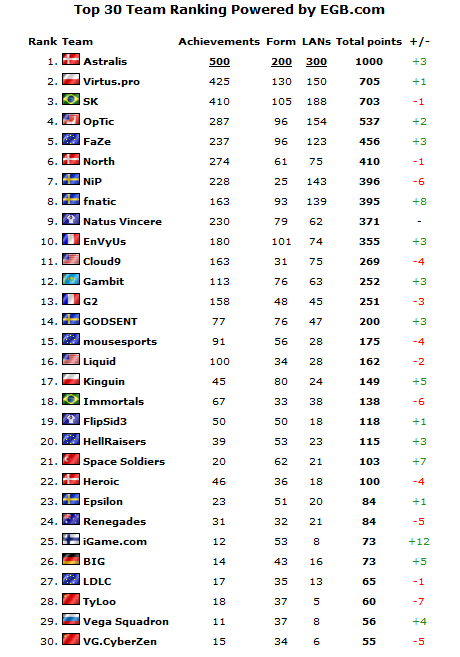 Very soon HellRaisers will begin participating in the European division of the ESL Pro League Season 5 where they'll be able to show their new strategies and to continue climbing the ranking of the teams.