Our team didn't make it into the play-off of ELEAGUE Major 2017, having been defeated in three matches, though the play of ANGE1 was rather powerful. The outcome is a rightful place in the top list of the group stage statistics.

Let us recall that besides the in game leader and coordinator role, Kirill Karasiow is an open frager, which is a very difficult task. 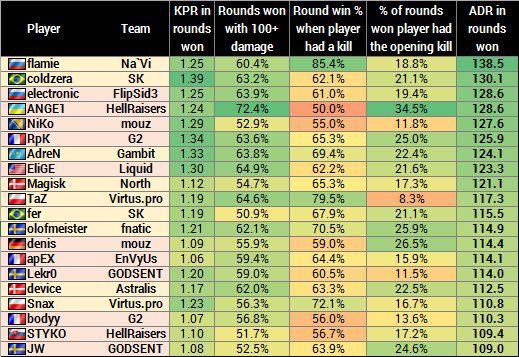 Information is provided by Petar Milovanovic, co-owner of HLTV.org.

Kirill Karasiow has also made it into the top 2 of the group stage by a headshots*kills ratio, which shows his unbelievably tidy shooting of the HellRaisers captain! 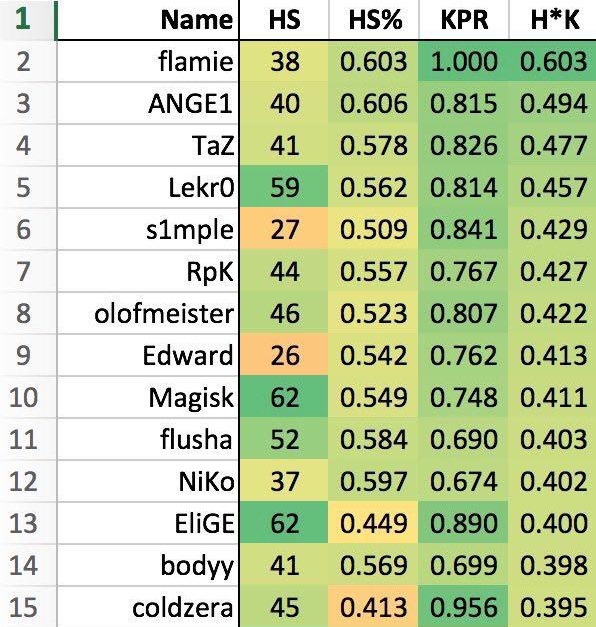 Information is provided by Petar Milovanovic, co-owner of HLTV.org.

HellRaisers continue their road, and ANGE1 together with his brothers in arms will do their best to show the whole world their strength. It can't be another way with your support!