In the third match of the ELEAGUE Major 2017 group stage, HR met against team North. North managed to take the first pistol round, as well as the first and second buy rounds. However, in the sixth one, HellRaisers seized the initiative and eventually leveled the score. The side switching took place at an 8:7 score in North's favor. HellRaisers began better on the attacking side and took the lead in the match, although a few mistakes resulted in them not turning it into a victory. During the regular time the winner wasn't found, so the teams played overtimes where North turned out to be stronger. 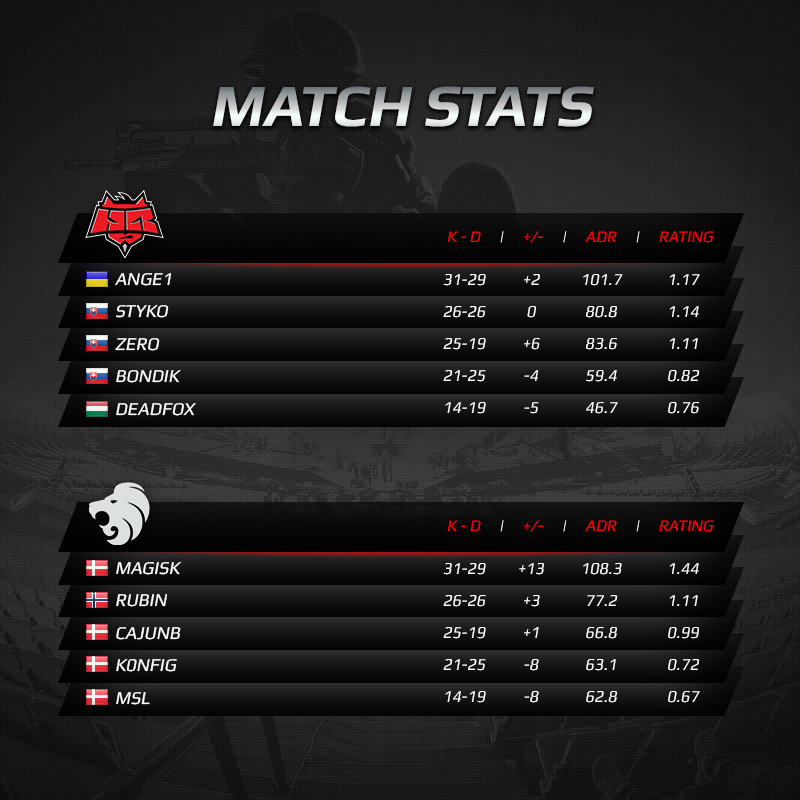 Check out the coverage of ELEAGUE Major 2017.