More than just a match: HellRaisers vs North

After the loss to mousesports, our team has found itself in a tough situation. There's nothing to lose now, but there's something we can gain!

Today we'll have a new rival. The Danes were one of the main favorites of the group stage, but the losses to Gambit and Fnatic on Cobblestone (8:16 and 13:16) have calmed North down.

What should we expect from the Danes? Which maps will the ban? It all will be known as soon as this evening. After signing the former roster of Dignitas by football club Copenhagen, our today's opponent went to a two week bootcamp, but the beginning of ELEAGUE Major 2017 didn't turn out to be successful for them. 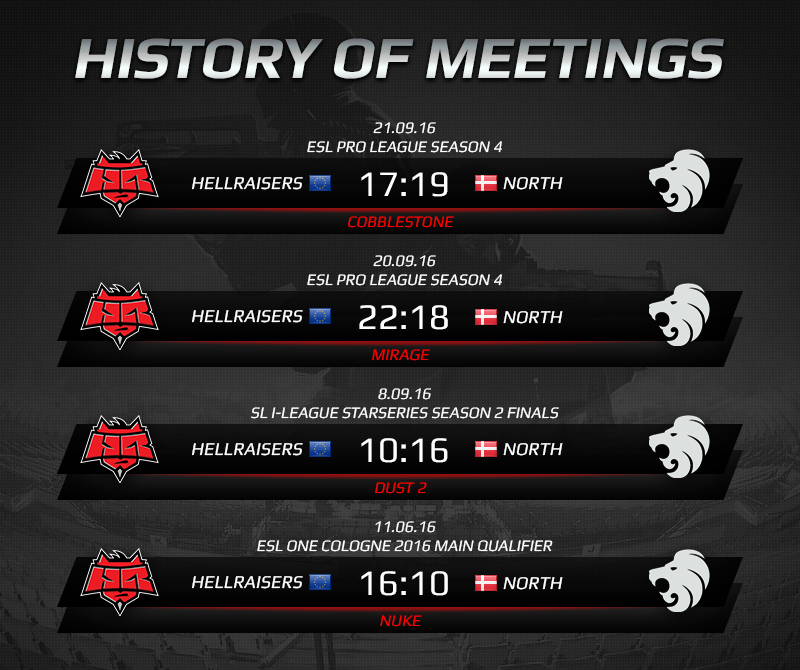 Will North pull themselves together for a match with HellRaisers? It's their problems, but our guys are ready to show their opponent confident, powerful and uncomplying CS. The one HellRaisers showed at the decisive qualifiers for ESL One Cologne 2016. The excellently played Nuke, and the Danes were defeated, and it means our players know how to deal with the Danish five.

Support HellRaisers in this difficult fight. With your help, no one is an opponent for our guys!