HellRaisers lose right for a mistake

The second match day of ELEAGUE Major 2017 brought HellRaisers a meeting with mousesports on Cache. Our team started on the attacking side, and the beginning can hardly be called successful. HellRaisers lost the pistol round, got the first device one, but didn't manage to seize the control over the game. Mousesports in turn had been keeping the initiative until the side switching which took place at a 12:3 score in their favor. The second pistol round was taken by the opponent, too, but HR got the first point on the CT side in a force-buy. Unfortunately, a comeback didn't happen — after four earned points, the defense of HellRaisers began to show signs of strain. The final score of the match is 16:7 in mousesports' favor. 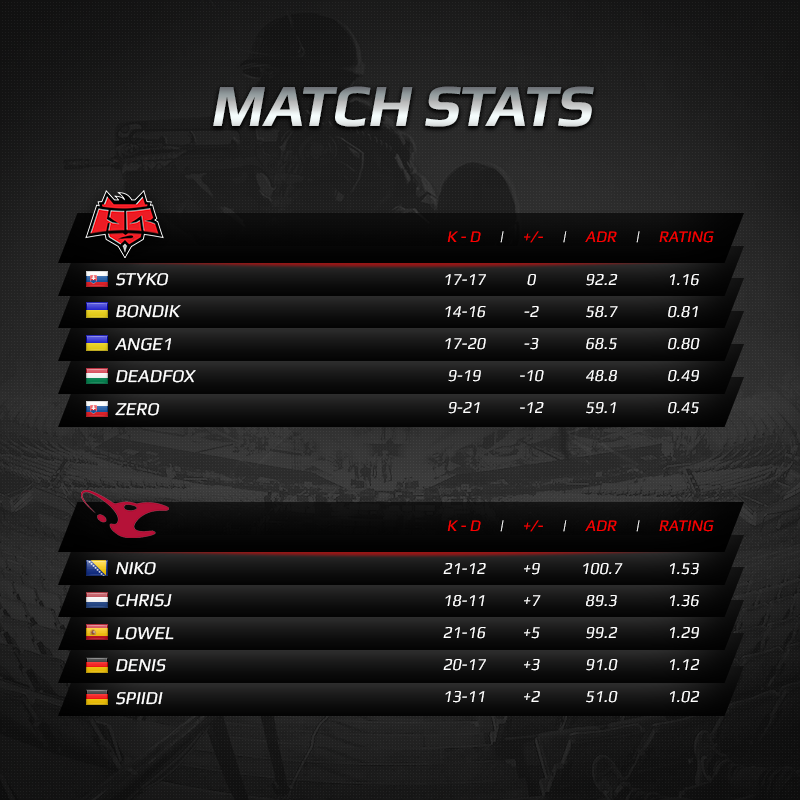