It's finally time for the long-awaited ELEAGUE Major! HellRaisers are returning to high level tournaments after almost two years, and the first rival of our guys is particularly dangerous. SK Gaming won two major tournaments in 2016, but since then the team has undergone changes: fnx was replaced by fox, who at first was considered to be only a stand-in. Since fnx left the team, SK Gaming have lost the champion drive, but still made it into the top three strongest teams at three largest tournaments of the end of 2016 such as IEM Oakland 2016, ELEAGUE Season 2 and Esports Championship Series Season 2. Although, the Brazilians seem to have lost passion to victories after the success, 30 years old fox known for his play in K1ck Esport and FaZe Clan is still full of determination to prove the entire world he should not be written off. But does the team believe in him? 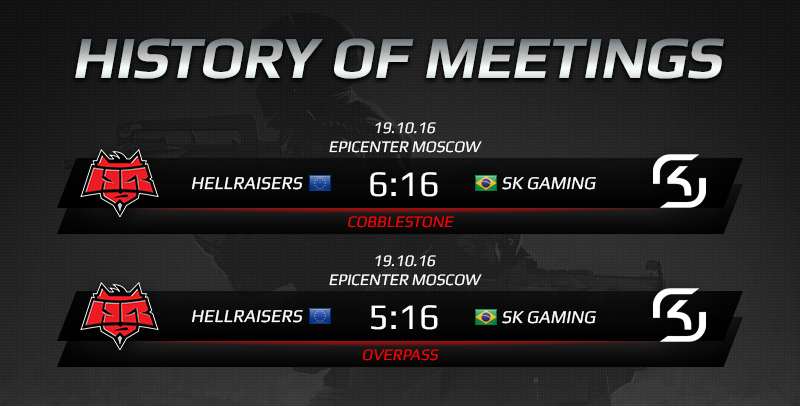 Winning SK Gaming and starting off well at the dream tournament is the goal our team sets for the key match. We do believe in HellRaisers. Our players have been waiting for this major for so long, so they'll do their best in every single match to make sure their fans are pleased with the results.