The second match of this evening was a meeting against mousesports. A winner would get a slot in the offline final, while a loser would leave the tournament. The first map was Cobblestone where our five started on the CT side. HR didn't manage to show a good gameplay in the first half. The rival's attack turned out to be quite fast and aggressive, and that resulted in HellRaisers losing a few important rounds. The second half ran much better, but our guys couldn't close the gap, anyway — mousesports got the first point in this meeting.

HellRaisers started Mirage on the attacking side. In the first half, mousesports seized the initiative again and began earning points. At the same time HellRaisers wouldn't break their losing streak — a few rounds seemed to be lost on purpose. After the side switching, which took place at a 4:11 score, HR tried to recoup themselves, but mousesports didn't let them make a comeback and ended the game. HellRaisers lose the match and miss DreamHack Masters Las Vegas 2017. 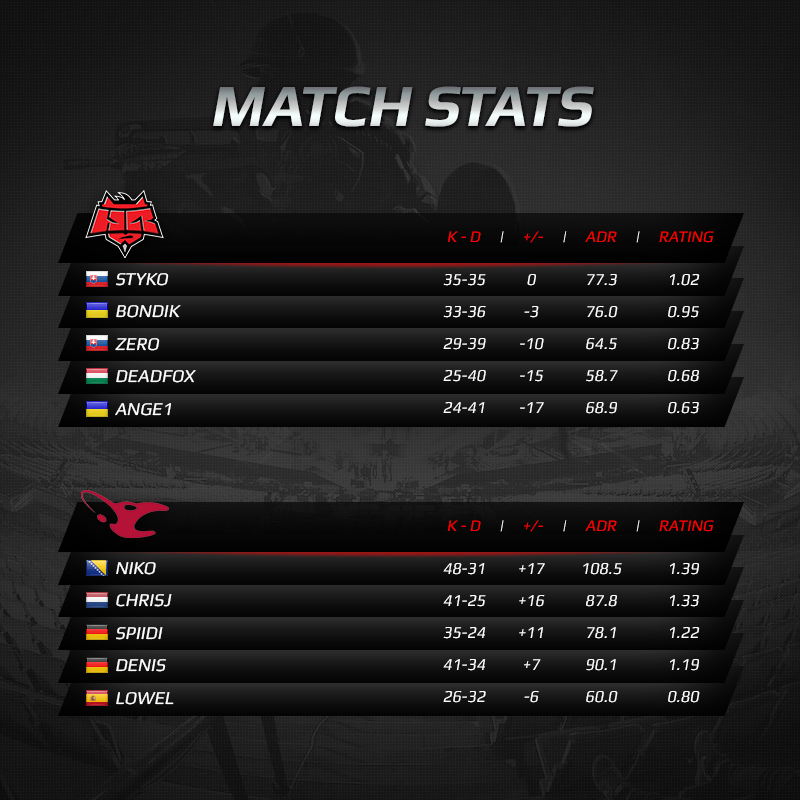