According to the tournament's policy, in order to make it in the offline final, our team has to get only two victories. In the first match, HellRaisers met against the Danish Tricked team. The battle took place on Nuke where HR started on the T side. At first the Danes were the ones seizing the initiative, but after the ninth round ANGE1 and Co. skillfully took the lead and held it until the end of the match. The first half ended with a 8:7 score in HR's favor, while in the second one the rival couldn't earn a point  — 16:7.

The second map was Train. HellRaisers began on the attacking side again, but this time the game didn't run that well. The Danes had prepared an excellent defense strategy and had managed to get eleven rounds before the side switching. In the second half, HellRaisers didn't manage to turn the tide due to the advantage of the opponent. Tricked in turn didn't lose head and confidently ended up with a 16:7 score in their favor.

HR started Overpass on the T side again. HellRaisers took the lead over the opponent right from the first round. And although the side switching took place at a common 10:5 score, the course of the game explicitly showed that the Danes had taken five rounds mostly due to mistakes of their enemy. The second half ran with the full domination of HR — Tricked got only one round and thus were defeated with a 16:6 score in HR's favor. 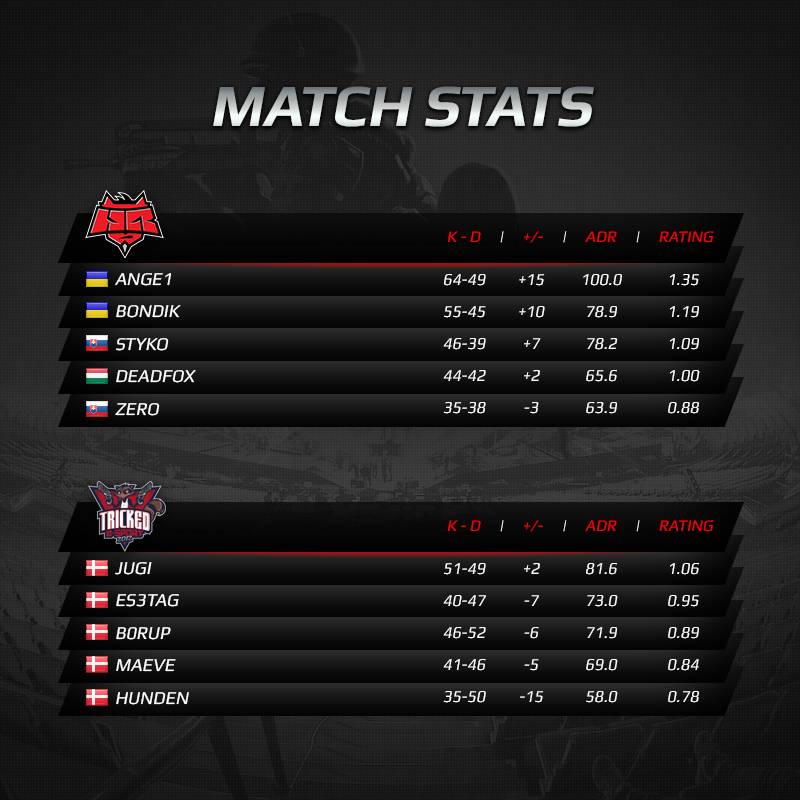