In the fourth match day, HellRaisers faced off against Canadian-American team OpTic Gaming. Train was to be the battlefield again. Our team started on the defensive side where they lost the pistol round, but managed to take theirs in the force-buy. The teams had been seizing the initiative in turns by the side switching which took place at a 8:7 score in HR's favor. The second half started with a victory of the enemy in the second pistol round. This uncertainty kept going until the 20th round. At a 10:10 score, the OpTic players managed to take control over the game and end the match with a 16:10 score victory. 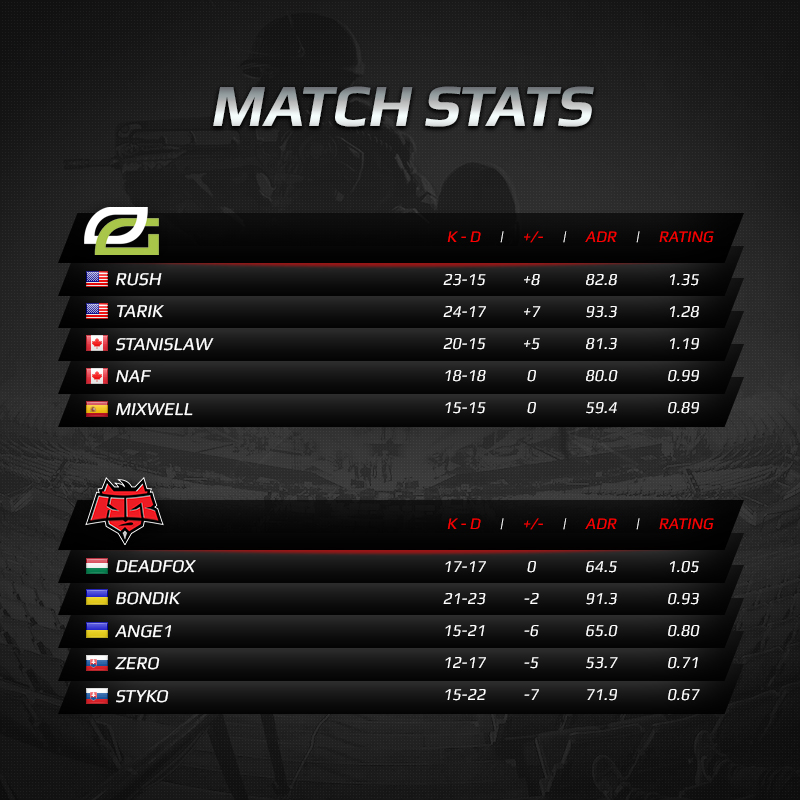