Our team got to the third match day having a 2:0 score. Today's opponent was team GODSENT, and Train was chosen to be the map. HellRaisers started on the defensive side and lost the first pistol round, though they managed to force a fight in the force-buy one and didn't allow the rival to take the lead. Nevertheless, the Swedish team did its best to keep the pace, and so the side switching took place at an 8:7 score in HR's favor. The second half started unsuccessfully for HellRaisers — they lost the second pistol round. In the first buy-round, though, HR managed to seize the initiative, but GODSENT didn't let us turn the tide and ended up with a 16:11 score in their favor. 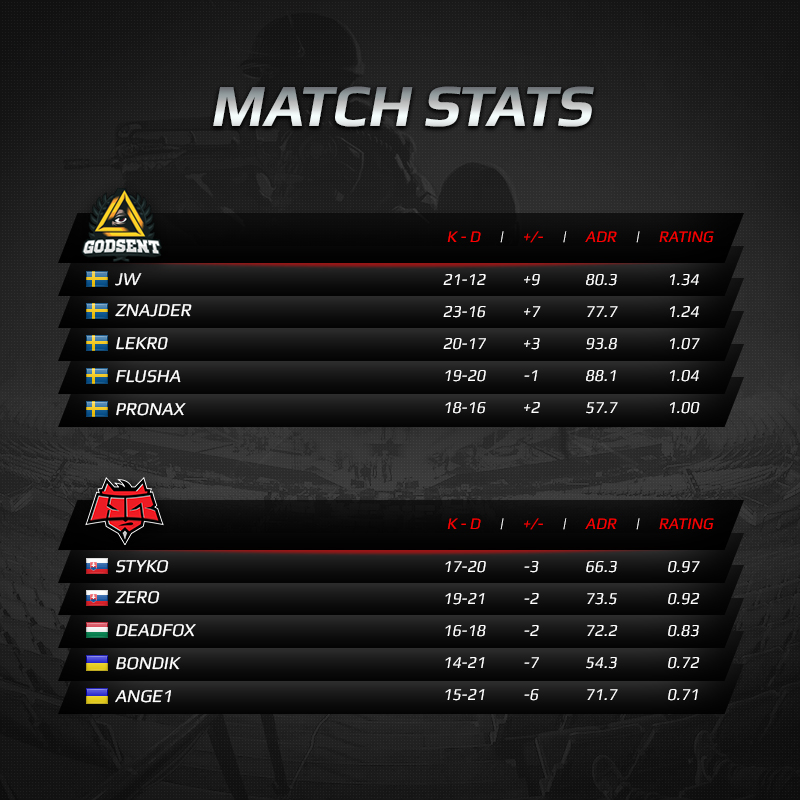